In the context of trade policy, economic capacity and market size are often considered central analytical factors. It is assumed that the larger the market size of a state, the more likely it will be to engage in a dispute with the World Trade Organisation (WTO). This assumption is especially prominent for disputes between global powers and developing countries.

Nonetheless, materialistic theories do not seem to fully address the situation of EU-China trade disputes in the WTO. When considering the EU and China, two of the largest market economies and two global powers, the expectation is that they should both have requested the establishment of a panel in the WTO dispute settlement mechanism (DSM) on a number of occasions. Nonetheless, when looking at the cases initiated by the two actors, this expectation is not empirically accurate.

The EU is the second most prolific user of the DSM after the United States (US) in terms of initiation of disputes with 104 cases as complainant, while China has only 21. Why?

Traditional drivers used to analyse the reasons why states engage in trade disputes in the WTO suggest a more intensive use of the DSM by China. Like the EU, China is one of the world’s largest economies. China has the legal capacity to engage in a dispute, like the EU, so what explains this discrepancy in the available data if traditional materialistic explanations fail to do so?

Chinese ideas of dispute settlement are based on the Confucian tradition of win-win relationships, 關係 (guan xi), in which the preservation of the relationship with the other party is essential to the positive outcome of the dispute. The concept of legal tradition is broader than the mere corpus of laws and political acts that are part of a state’s legislation. It embraces principles, traditions and practices of the state. In this sense, it seems fair to claim that legal traditions are part of a state’s culture and might play a role in a government’s behaviour. Furthermore, the administration of conflict resolution was originally given to family elders (heads of families or clans). This type of local conflict resolution served as a way of preventing other conflicts among citizens. There was no procedural law because the public official would decide the outcome of disputes. Public administration was not separated from the judiciary body. This lack of separation of powers in China.

European and Western ideas, which have been absorbed by the WTO, are based on a dialectical vision of disputes, in which one party wins and the other loses. This dialectical vision of the dispute is also due to the fact that traditionally in the West, legal institutions have been seen more keenly as the main institutions to turn to in order to solve a conflict. In this sense, it can be argued that the WTO itself was built on the Western idea of judicial remedy.

Norms, or, better, programmatic beliefs can guide, inspire, or justify governments’ decisions to act in a specific way. 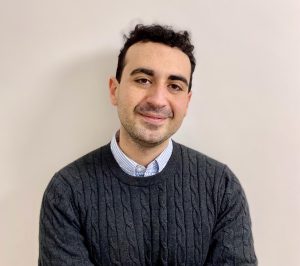