On 20 May 2021, the European Parliament voted to freeze the ratification of the much-hyped EU-China Comprehensive Agreement on Investment (CAI) (Reuters, 2021). The bilateral deal had been agreed in principle between the EU and China in December 2020, putting an end to seven long years of negotiation (Europa, 2020). The ratification of the CAI would have been significant in two ways – the first and obvious way would be by providing fresh prospects for economic benefits and opportunities to both sides and second, the ratification would signify the impuissance of the EU’s recent hard-liner approach towards China. However, the freezing of the CAI by a large majority of votes in the European Parliament suggests that the EU’s toughening stance on China is not just mere posturing but a well-backed policy option. Transformations in the EU’s approach towards China over the last few years is the primary focus of this blog.

The EU and China became strategic partners in 2003 and have reached several milestones, mostly on the economic front, in their relationship since. Over the years, many important agreements between them have faced backlash from disillusioned human rights activists from both within and outside Europe, only to wane out after a few days. The ideological differences between the EU and China are well known and so are the many permanent bones of contention between the two strategic partners. Issues related to human rights and the arms embargo in China, and the EU’s refusal to grant Market Economy Status to China (The Bricspost, 2016) have been constant irritants in the partnership. However, none of these irritants interfered with progress in other areas, especially regarding economic engagements. Their economic ambitions have often overshadowed their differences, paving the way for a cordial and strategic partnership. In addition, the EU-China alliance has a very robust institutional architecture. While strong economic relations facilitated cooperation in newer areas, the institutional architecture made sure that dialogue in more difficult areas continued. This system had been working perfectly until recently.

One of the biggest known discords between the EU and China was in 2008, when Beijing cancelled the EU-China summit in retaliation against the meeting between European leaders and Tibet’s exiled political and spiritual leader, the Dalai Lama (Euractive, 2008). Though this was the only time that the annual summit between the two strategic partners suffered a formal fall out, partnership in other fronts remained unchallenged. For instance, on the economic front,  the EU exported €78.4 billion worth of goods to China in 2008, a rise of 9 per cent compared to 2007, and imported €248 billion worth of Chinese goods (Europa, 2009). In fact, during the following annual summit in Prague, the two sides signed important cooperative agreements, such as the Joint Statement on Europe-China Clean Energy Center, the EU-China Science and Technology Partnership Scheme, and the EU-China SMEs Cooperation Point of Consensus (Council of the European Union, 2009).

For many years, the EU-China relations were what Fox and Godement (2009) rightly described as “unconditional engagement” – a policy which gave China access to all the economic and other benefits of cooperation with Europe while asking for little in return. The EU’s response to China’s domestic as well as regional manoeuvres has been highly divisive amongst various stakeholders. While activist and scholars are generally vocal about their criticisms about Beijing’s policy decisions, political leadership and the industrialist community usually opt to stay mum. For instance, in 2019 Volkswagen’s then CEO Herbert Diess feigned ignorance when asked about the detention camps holding thousands of Muslims in Xinjiang in order to protect the company’s investments in the area. (The Washington Post, 2019). In July 2020, amidst pressing crisis in Hong Kong over the New Security Law introduced by Beijing, Germany’s Chancellor, Angela Merkel’s initial response triggered a lot of criticisms when she insisted on the need to maintain dialogue with China (Business Insider, 2020) and publicly stated that Germany would not involve itself in the Hong Kong issue (DW, 2020).

In the past year, incidents of blindly siding with Beijing have become less frequent and we have seen a considerable rise in the number of critical voices from within both political parties as well as from the business community. In fact, the EU as an institution markedly changed its approach towards China when it termed China a ‘systemic rival’ in the latest policy paper (2020). This along with the European Commission (EC) President Ursula von der Leyen’s call for a geopolitical Europe (European Parliament, 2020) and French President Emmanuel Macron’s ‘European Awakening’ (France24, 2019), created a lot of stir around the EU’s changing debate on its relationship with China. In addition, owing to China’s wolf warrior diplomacy during the global pandemic and its 5G ventures turning sour in Europe, the change in the EU’s perception of China was rather visible, and for the first time, it was somewhat united. However, just as the scholarly community was forming theories around the EU’s new China policy, the CAI agreement was finalized between the two sides.

Given the EU and China’s thriving trade ties and their highly intermingled economic network, an investment agreement between the two is both, desirable and feasible. However, the deal came at a time when many capitals in Europe were raising growing concerns about Chinese investments ( The Diplomat, 2018) as well as its expansionist tendencies (Hindustan Times, 2020). Moreover, an agreement on a deal as complex and significant as the CAI during a global health crisis sends an indirect message to the world that the EU is only focused on business and has no intentions of transforming its tough dialogue on China into tangible policy change.

Successful ratification of the CAI would have meant that China’s presence in Europe would not only be unassailable, but China would also gain renewed prospects for expansion. However, owing to Beijing’s decision to impose sanctions on ten EU lawmakers, the deal failed to get ratification from the European Parliament (FMPRC, 2021). The European Parliament’s action compels one to question whether the EU is after all quite serious about putting its foot down when necessary and redesigning its China policy. 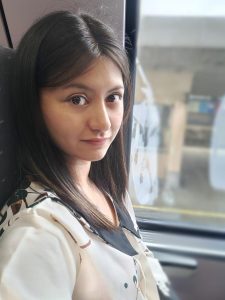 Preksha Shree Chhetri is a PhD scholar at the Centre for European Studies, Jawaharlal Nehru University, Delhi and a Research Assistant at the Institute of Chinese Studies, Delhi. She is also the recipient of the Huayu Enrichment Language Scholarship granted by the Ministry of Education, Taiwan. Her research interests include, EU-China relations, EU-Taiwan relations, EU-India relations, global climate change negotiations, BRI and EU in Central Asia and Africa.