In 2019, Donald Tusk famously said “Europe is a woman,” when arguing for gender parity in top positions in the European Union (EU). Indeed, the EU has been recognized as a leading actor in women’s empowerment and gender equality policy. Gender has been successfully mainstreamed in the communication of the European Commission. In 2018, as many as 14% of the Commission’s press releases mentioned words like gender, women/female or men/male.

Some recent studies suggest that women are more supportive of the EU than men, while opposition to European integration is often linked to the rejection of gender equality and feminism. Therefore, it seems justified to ask whether the EU’s gender equality narratives have the potential of negatively affecting men’s support for the EU.

My analysis of all press releases issued by the Commission since 1985 shows that the Commission mostly talks about men in two situations: when referring to “equality of women and men” or when comparing women to men. Men are very rarely mentioned without reference to women. Every year, around 1-2% of press releases refer to men but not to women. However, in the 1980s, the word “man” was used as a neutral synonym of “human” (“the ordinary man fears that taxes will be too high”), and now, it is often used in the context of “man-made disasters.”

Unfortunately, this change in the image of men is reflected in policies. The latest Gender Equality Strategy 2020-2025 starts with a chapter on gender-based violence. There, women are presented as victims in need of help, while men are portrayed as perpetrators. As a result, men seem not to deserve any policy  which would have an aim other than that of supporting women.

Men are also portrayed as an uniformly advantaged group, i.e., one with high political power, holding top positions and capital. In contrast, the Gender Equality Strategy underlines women’s struggle for political influence not only in the area of gender equality (within the #MeToo movement), but also in the “push for change” in the field of climate policy.

Importantly, the Gender Equality Strategy mentions intersectionality, but only to state that “[w]omen are a heterogeneous group and may face intersectional discrimination.” Although an intersectional approach might help to discover some dependent groups of men –i.e., men without political power who deserve dedicated public policies, such as less educated single men in rural areas or male refugees– this possibility is discarded by the biased definition. This is in line with the finding that topics such as humanitarian aid and refugees are more frequently found in press releases referring only to women.

It is relatively easy to imagine the consequences of the division between women as a deserving and men as a non-deserving group. Men are not regarded as a potential policy target population.

For example, the Strategy states: “while there are more women university graduates in Europe than men graduates, women remain underrepresented in higher paid professions.” The Commission does not discuss any solutions for the gaps in higher education or digital skills. Those gaps are only mentioned to underline the gaps negatively affecting women. On top of that, and despite realizing that more women than men graduate from university, the Commission denies the existence of the reversed education gender gap: “while the gender gap in education is being closed […].” In the following paragraphs, the Commission proposes targeted programmes only for women. Similarly, the Strategy underlines that “women and men experience gender-specific health risks,” but only reproductive health problems are explicitly mentioned.

In sum, in the last 25 years, gender has become an important part of European Commission’s communication and policies. However, the meaning of gender is limited to the “women-as-victims” frame. The negative image of men as a non-deserving (deviant) and, simultaneously, politically powerful group does not allow any intersectional perspective to be taken in relation to men and their problems. It may also block the possibility of addressing justified needs of the groups of men who have limited political influence. The reversed education gender gap or the life expectancy gender gap are good examples of this. Finally, the perpetuation of such narratives most likely damages the reputation of the European Union among young men who may see it as hostile towards their gender.

Acknowledgements: I am grateful to Christian Rauh, who generously shared the dataset of press releases of the European Commission. 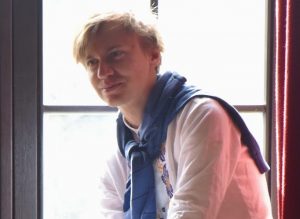 Michał Gulczyński is a PhD student in Public Policy and Administration at the Bocconi University. His main research interest are European integration and the relationships between gender, politics and policies.