The European Central Bank (ECB) is a strange creature. Since the Lisbon Treaty in 2009, it has been a supranational EU institution that is jointly owned by all member states. But when it comes to its policy tasks, it acts mostly as the central bank of the Euro Area. As I show in a current working paper, these two roles can conflict with one another and the ECB’s choice of which one to take more seriously is mostly the result of its internal politics.

I compared the ECB’s credit lines to central banks from member states outside the Euro Area (like Denmark or Hungary) during the Global Financial crisis in 2008 and the COVID-19 crisis in 2020. In both instances, several central banks reached out to the ECB and requested support to be able to stabilise their financial markets. Intriguingly, the ECB did not treat all requests the same way and allowed some central banks to borrow at better conditions than others.

A clear economic rationale exists for applying different credit conditions.  Swap lines, the most common instrument, are secured against nothing but trust in the borrower’s ability to repay; repos, by contrast, protect the lender against losses, but are less useful for the borrowers. If the ECB acted as the Euro Area’s central bank, we might expect that it sets lending terms based on the technical merits of both instruments. This would mean that it demands tougher borrowing conditions from member states with weaker sovereign credit ratings to reduce the financial risks to its own balance sheet.

In 2008, sovereign credit risk indeed seemed to have been the ECB’s main consideration. Sweden and Denmark – two member states with perfect credit ratings – received swaps, while Hungary, Latvia, and Poland (all of which had lower ratings) could only borrow under more stringent terms. Additional interview evidence confirms that the ECB rejected the Hungarian request for a swap line primarily due to opposition from its Economics department because of concerns regarding credit risk. As Eastern European members states faced financial meltdowns, the ECB was primarily concerned with limiting its own liability.

But in 2020, the ECB seemed less worried about credit ratings alone. Croatia and Bulgaria received swap lines, even though they had the same weak credit ratings as Hungary and Romania, to which the ECB only provided repos. Why did the ECB seemingly put aside its worries about financial risks for only two countries during the COVID-19 crisis?

To understand this shift I argue that we have to look more closely at the ECB in its role as supranational EU institution. As such it has a special relationship with that want to enter the Euro Area. Before a member state can adopt the euro as its official currency, it has to spend at least two years in an exchange rate arrangement called the ERM II, where it promises to keep its exchange rate relatively fixed to the euro. All member states except Denmark are legally obliged to adopt the euro eventually. But several Eastern European member states have delayed this process by not joining the ERM II.

What set Croatia and Bulgaria apart in 2020 was that they were on the cusp of joining the ERM II and had solid macroeconomic records to back up their decisions. Nevertheless during the overall financial market panic, their currencies were suddenly attacked by speculators and failure to defend their exchange rates would have delayed their ERM II entry. By backing up both central banks through swap lines, the ECB, however, sent an unequivocal sign that speculation was futile. Consequently, the market pressures dissipated immediately after the credit lines were announced. In the summer of 2020, the entry of Croatia and Bulgaria into the ERM II was fast-tracked and now both countries are one step closer to Euro Area membership. By contrast, Romania’s ERM II entry is not anticipated before 2024 and it remains doubtful that Hungary will ever want to follow.

The ECB’s proactive and informal support for Euro Area aspirants contrasts with its disciplinarian stance during the 2008 financial crisis in Latvia. Back then, Latvia participated in the ERM II and wanted to adopt the euro rapidly but found itself so close to devaluing its currency that it had to request a sovereign bailout from the EU and the IMF. Although the ECB was also opposed to devaluation, it explicitly prohibited the Latvian central bank from using its credit line to prop up the exchange rate. As an ERM II participant, Latvia supposedly had to show that it could withstand such shocks on its own. An internal document (which the ECB disclosed after a public access request) spells out its rationale back in November 2008: “the ECB’s policy line has always been that […] unilateral pegs by third countries are not backed in any way by policy commitments from the ECB”.

The ECB’s policy towards Euro Area outsiders, clearly, has come a long way over the past twelve years. In 2008, its overarching goal was to protect its own balance sheet, while choosing a very restrictive interpretation of its obligations under the ERM II. Last year, the ECB acted more flexibly by supporting aspiring EMU members against currency speculators, apparently irrespective of their credit ratings or institutional obligations. It seems that  the ECB has widened its focus from monetary policy considerations of the Euro Area to a more political logic related to its role as a supranational institution.

To understand the ECB’s reinterpretation of its role as an EU institution and international currency issuer, I rely on literature about international organisations that stresses  changes in leadership are drivers of policy change. Back in 2008, the ECB paid little attention to developments in EU member states outside the Euro Area . Its Executive Board back then was stuffed with career central bankers who held orthodox views on how politically central banks should operate. One Board Member summed up this thinking at the height of the crisis in January 2009 by asserting that “[t]he ECB cannot be a small god for everyone or everything”.

Since then, the ECB has developed its awareness of the political significance of its actions. The current Governor, Christine Lagarde is not just the first female ECB Governor, but also the first one to never have worked in a central bank before. But as a former Managing Director of the International Monetary Fund, she brings a wealth of experience in dealing with the politics of international organizations during financial crises. For instance, when the crisis called for it, Lagarde knew that a widely with the Bulgarian prime minister would send a strong sign of confidence.

The question whether the ECB is acting too independently from its original mission is currently of concern to many scholars of European integration. A recent piece argues that by taking decisions based on political, rather than technical considerations, the ECB is overstepping its mandate and becoming politicised. But in the realm of international cooperation, it is difficult to point to an easy way out because the ECB may have to balance conflicting imperatives as EU institution and Euro Area central bank. Though its policy in 2008 has been severely criticised, its more politically considerate course of action in 2020 likewise highlights potential legitimacy problems. The ECB seems to be stuck in a ‘damned if you do, damned if you don’t’ situation.

I conclude that future scholarship should pay closer attention to the ECB’s internal politics in order to understand its policy decisions in such ambiguous situations. After all, the ECB was originally made independent to shield it from political pressures. If its role as an EU institution requires it to also take into account political considerations, a new rationale might be needed. 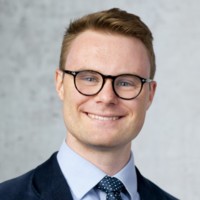 Lukas Spielberger is a third-year PhD candidate at Leiden University and a UACES Scholar 2021. In his doctoral research, he studies the cooperation between central banks across Europe during the financial crisis in 2008/09. His wider interests concern EU macroeconomic governance, international central bank cooperation, and the role of the financial sector in national growth models.