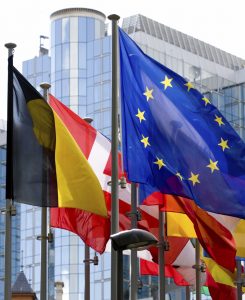 The EU and NATO crisis response operations have been widely debated from a division of labour perspective. For some scholars, there has been a de facto partition of work between these operations, as NATO focuses on the higher intensity tasks of peace enforcement and peacekeeping while EU is mainly involved in the lower end of conflict prevention and post-conflict management. For others, a temporal, geographical and task-based overlap between these operations has made it difficult to develop an efficient division of labour due to a lack of formal interorganisational cooperation. In short, EU and NATO crisis response operations (and the overlap among them) may not necessarily lead to rivalry or cooperation or to a division of labour.

In my current research, I argue that an empirical perspective based on operational overlap may offer new insights to Member State decision-making regarding the EU and NATO operations. To be sure, these operations do not necessarily intersect in Member States’ agendas, in the sense that Member States do not necessarily assess these operations at the same time. Yet, according to an ‘overlapping operations’ perspective, at the time of the launch of an EU or NATO crisis response operation, there had been at least one operation deployed by the other organisation in the same area to address a similar, or even the same, issue. Thus, options about supporting an overlapping operation appears on a Member State’s agenda when it already has some sort of knowledge about, and in some cases even engagement with, the other operation in place. This in turn raises a question as to how Member States engage with these proximate EU and NATO operations.

Perhaps a useful start for analysing Member State decision-making in the context of overlapping EU and NATO operations is the reconstruction of the police structure in Afghanistan, an operational theatre which presented a ‘litmus test’ for transatlantic relations. The EU launched a police mission (EUPOL Afghanistan) in 2007 to ‘contribute to the establishment under Afghan ownership of sustainable and effective civilian policing arrangements’. The mission however suffered several problems such as diverging interpretations among member states over the use of EU security instruments in Afghanistan and lack of formal cooperation arrangements with NATO, which deprived the EU staff from NATO’s security protection and made it harder to exchange classified information between the two organisations. In spite of the challenges the EU mission encountered, NATO planned its own training mission to contribute to the training of Afghan security forces and announced at the Strasbourg-Kehl Summit in April 2009 to set up its own mission to contribute to the training of the Afghan army and police.

France initially sought to use its gendarmerie deployment to contribute to the training of the Afghan police under an EU framework, as a second option, as an ‘independent European contribution’. Nevertheless, these two options were ruled out respectively by intra-institutional divergences in the EU (on the basis of costs) and in the European Gendarmerie Force (EGF), where a Franco-Italian divergence about the use of NATO’s Multinational Specialised Unit concept prevented an independent EGF deployment. As a result, the French gendarmerie deployment remained within the EGF framework, but operated under the formal NTM-A command. Additionally, France’s reintegration to NATO’s military command in 2009 served as a political discourse as a facilitator of this deployment.

For Germany, which was identified at the G8 donors’ conference in 2002 as the ‘lead nation’ for the rebuilding of Afghan National Police (ANP), the issue had specific importance. As a country with a particular domestic culture of policing as well as a traditional preference for safer rules of engagement and often use of caveats, the predominantly civilian EU mission came to be more suitable for Berlin. Domestically, Germany’s Federal Ministry of Interior, with its important role in the deployment of the federal police, reinforced this civilian notion of policing in Afghanistan. Consequently, Germany preferred to contribute to the EU mission as well as to maintain its bilateral police training effort, instead of operating formally under the NTM-A command. Nevertheless, Berlin still saw the deployment of NTM-A as a ‘welcome step’ to bring various related efforts under one command.

Finally, the UK sought to use the EU’s niche civilian and rule of law expertise in the training of the Afghan police and at the same time kept its engagement with the NATO mission. The first was in line with the UK’s internationally recognised leadership role in counter-narcotics, a security concern based on the narcotics trade flowing from Afghanistan to UK homeland. On the other hand, the NATO mission aligned with fast and visible provision of a security structure (including police) in Afghanistan, a policy that gained more prominence with Obama administration’s strategy to incrementally drawdown the US troops, which was the biggest aid donor to Afghanistan. This mix of material security concerns and contingent relations with Washington led London to a continuous engagement with the two missions, and seek to instrumentalise these to further the British agenda informed mainly by these two factors.

This brief overview shows that Member States can engage with overlapping EU and NATO missions through different strategies. By deploying its gendarmerie forces under NTM-A command, France sought to restrict NATO’s imprint to a military approach in the training of the Afghan police. This ‘limited engagement’ strategy resonated with a long-standing French policy of keeping NATO as a primarily military alliance. By cooperating with NATO mission without being included under its formal command, Germany adopted a ‘demarcation’ strategy to assess the two missions with a view to keep itself safely distanced from a militarised approach to police training while prioritising the EU mission and bilateral German efforts. Although the UK turned its back to EUPOL and lent increasing support to NTM-A, which promised to provide faster and more visible police recruitment, London remained a ‘flexible model of engagement’ with the two missions and aimed to utilise them for specific purposes. 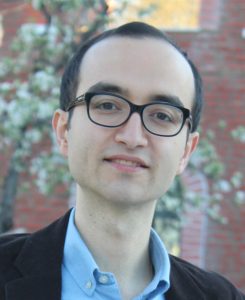 The study of ideas in EU-China disputes in the WTO | EU-China Strategic Partnership is at a Low but is it at its Lowest or is the Downward Spiral Only Beginning? | Europe is a Woman. And What Does She Say about Men? | Making the Case for Secession | Operational overlap between the EU and NATO: An empirical venue for Member State decision-making analysis? |