In the United Kingdom terrorism is presented, by the British government, as one of the most serious and dangerous threats to national security and justified the introduction of legislative, political and operational measures aimed at combating the terrorist threat.

The British securitizing narrative states the country is facing “a serious terrorist threat” and “as the nature of the threat we face becomes more complex, more fragmented, more hidden, especially online, the strategy needs to keep up”. The presentation of the terrorist threat as exceptional and creating a state of emergency that at any moment a terrorist attack could occur, favours the development of a climate of insecurity, instability, fear and suspicion that facilitates the introduction of preventive measures.

One of the most important duties of a State is to protect its citizens from security threats, but its duty to protect, on the other hand, should not compromise the respect for fundamental human rights and freedoms.

While action by States is necessary to prevent and effectively sanction terrorist acts, not all means are justifiable. As surveillance powers increase, giving the British government access to various aspects of the daily lives of its citizens, serious restrictions to the full enjoyment of the right to privacy emerge.

In the context of the fight against terrorism, surveillance is presented as a necessary evil that becomes justifiable in the name of national security. The increasing use of technology demonstrates that societies, fuelled by a “culture of fear“, are progressively evolving into States of overprotection and, as a consequence, we are witnessing the “silent erosion of privacy“.

The growing focus on technology is based on a model that promotes a trade-off between privacy and security, according to which a certain degree of privacy intrusion is necessary and indispensable to achieve higher levels of security. British citizens expect their government to protect them from security threats as well as safeguard their right to privacy.

The dominant political discourse states that citizens should accept and support the introduction of new surveillance measures, even if it results in intrusions to their privacy. What also happens is that, when describing terrorism as a new threat we are led to believe that only new counter-terrorism measures are appropriate and efficient to deal with this “newness“. Consequently, even if there is a lack of certainty and a minimum probability of attack, the potential severity of the attacks is considered enough to trigger preventive action.

The British counter-terrorism policy has changed to favour pre-emptive measures, deployed in accordance with knowledge produced about terrorism ‘risk’. Nowadays new measures are introduced based on risk assessment; they consider the potential of the threat and the possibility of a future terrorist attack. This is enough to justify and legitimize the introduction of new measures. Policy is based on a potential situation that may never happen, on a risk that may never become real.

In the British case, the securitizing narrative and the surveillance practices seem to value prevention and protection at the expense of the respect for the right to privacy. There is a major risk that it can be used for other reasons or purposes than security, giving the State the power to access to several aspects of citizens’ private life.

New counter-terrorism measures are presented as essential tools, as the only way to keep the country and its citizens safe from major security threats. It is said that is very import to give the police and the security forces all the powers they need to counter the terrorist threat in an efficient way.

The former Prime Minister Theresa May stated that “enough is enough” and “things need to change” to justify new online counter-terrorism measures. The effect on the right to privacy was not even taken into consideration. The fight against terrorism was an important challenge during her tenure as a Prime Minister, but in her last speech as the head of the Government the fight against this security threat was not contemplated. The same happened with Boris Johnson’s first speech as Prime Minister where he announced extra police and more powers to stop and search in order to keep the country safe, without having mentioned in detail how he proposes to deal with the terrorist threat. By granting new powers to the police and security forces the State claims to be more efficient in fighting security threats but in the long run this can prove to be a greater threat to our security than the threat posed by terrorism, since the police can exercise these powers based only on suspicion.

Recently, the new Home Secretary, Priti Patel, hosted the Five Eyes security summit where the opportunities and risks that new technologies pose were debated. The meetings were held in private with no agenda being made public but it was said that firms should not develop their systems and services in ways that empower criminals or put vulnerable people at risk. One of the main topics under debate concerned the increasingly effective encryption provided by technology companies who want to make their services more secure after a range of security breaches. This development was not seen as a positive step in the fight against terrorism as a clear intention to change the way data is encrypted (the process of encoding digital information) so governments can have access to data in a readable and usable format was expressed. This move was highly criticized as it could be a serious challenge to the right to privacy of users.

In 2016 the Investigatory Powers Act introduced new surveillance powers that were harshly criticized by the Court of Justice of the European Union that stated it “(…) exceeds the limits of what is strictly necessary and cannot be considered to be justified within a democratic society (…)”. As a consequence amendments were made with the government stating that the restrictions in place, so important to guarantee our right to privacy, were “severely limiting our agencies’ ability to stop terrorist attacks and bring criminals to justice”. When he was Home Secretary, Sajid Javid admitted that MI5 had breached surveillance safeguards in the way it handles information obtained under interception warrants. As a consequence, an independent review was established to consider and report back on what lessons could be learned.

The British securitizing narrative focuses too much on the exceptionality of the threat and on promoting the introduction of new legislative measures as a fundamental tool to deal with the terrorist threat, ignoring the potential effect of the surveillance practices on the disrespect of the right to privacy. It is often overlooked that the antiterrorist measures can have a negative impact on British citizens that accept them because they believe it is the only way to guarantee their safety, not considering its real danger concerning the restriction of their right to privacy. However, the disrespect of this basic freedom by the British government, which claims to be a committed supporter of liberal values, can be more than a necessity and turn out as an attempt to have access to several aspects of the lives of its citizens. 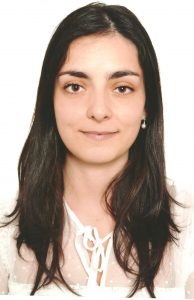 Bio
Romana Pinhal is a PhD researcher in Political Science and International Relations at the University of Minho in Portugal. Her main research interests concern International Security Studies, Surveillance Studies and Human Rights.

Summary
In the UK the presentation of terrorism as one of the biggest threats to security justified the introduction of new antiterrorist measures. The government asserts that keeping the country and its citizens safe is one of its most important duties. While action by states is necessary to prevent further terrorist attacks not all means are justifiable and the state duty to protect should not compromise the respect for fundamental human rights and freedoms.

The study of ideas in EU-China disputes in the WTO | EU-China Strategic Partnership is at a Low but is it at its Lowest or is the Downward Spiral Only Beginning? | Europe is a Woman. And What Does She Say about Men? | Making the Case for Secession | Operational overlap between the EU and NATO: An empirical venue for Member State decision-making analysis? |