With poor detention and prison conditions in EU Member states, Neža Šubic argues that social rights should be taken seriously in the context of the European Arrest Warrant. This would be the next step in designing an ever more rights-based Union. 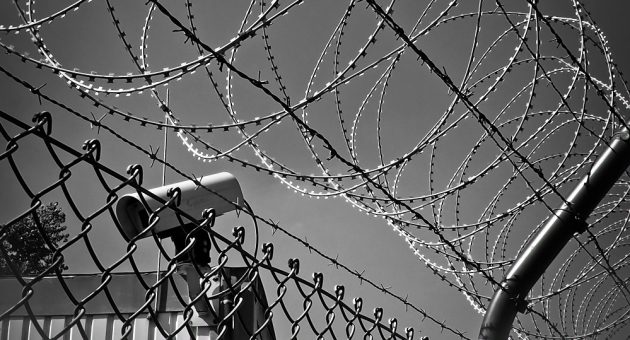 Poor detention and prison conditions are a serious issue in EU Member States.

When an individual is transferred from one Member State to another pursuant to a European Arrest Warrant (EAW), that person may find himself or herself in deplorable detention conditions.

While the EU enables this quasi-automatic system of surrender of individuals, it (so far) only protects the individuals from detention conditions so poor that they risk resulting in inhuman and degrading treatment. This is a very low standard for the EU – declared to be founded on the values of human dignity, the rule of law and respect for human rights – to hold itself to.

Often, the detention and prison conditions will not be bad enough to reach the high threshold of inhuman and degrading treatment. They might, however, still be very poor. One way of addressing these poor detention conditions in the context of the EAW is through social rights, such as the right to healthcare, the right to education and the right to an adequate standard of living.

These rights matter in a prison/detention context because they help guarantee detainees and prisoners a dignified standard of living, as opposed to merely protecting against the most deplorable forms of treatment.

Social rights do not typically feature in conversations on the EAW, not least because of the complex legal practicalities involved, such as the question of EU competence. This blogpost takes the luxury of shelving these questions in favour of stepping back and addressing the antecedent question of whether, normatively, it makes sense for the EU to be concerned with protecting social rights in the context of the EAW.

This blogpost thus makes the normative case for taking social rights seriously in the context of the EAW. The normative case is comprised of three arguments: the principle of indivisibility of fundamental rights, the coherence of the Area of Freedom, Security and Justice (AFSJ) and the strengthening of mutual trust between Member States.

The first argument is based on the principle of indivisibility of fundamental rights. This principle requires that equal attention and consideration is paid to both civil and political, as well as social rights, and that the EU has an equal level of responsibility for respecting, protecting and fulfilling both sets of rights.

A simple way of applying the principle to the EAW is to look at the ways in which the EU protects civil rights in this context and then to seriously inquire about the need and the possibility to protect social rights in the same way and using the same tools. In regard to the protection of civil rights in the context of the EAW, the EU allows refusal of an EAW on grounds of a real risk of a breach of (at least certain) civil rights (see cases LM and Aranyosi) and provides for common standards on many elements of the right to fair trial.

The principle of indivisibility then requires investigation of the correlating protection of social rights. For example, should the EU adopt common standards on access to healthcare in detention? Should it allow a Member State to refuse an EAW where a surrender of a minor might result in effectively ending his or her education? Only a serious engagement with these and similar questions at the EU level can satisfy the requirements of the principle of indivisibility of fundamental rights.

The second argument pointing towards a bigger role for the EU in protecting the social rights of individuals in the context of the EAW is one of coherency of the AFSJ, in particular between the areas of EU criminal law and EU asylum law.

This concerns principally the responsibility of the EU in protecting the fundamental rights of those individuals whose forced transfer from one Member State to another is enabled by an EU law measure: the Dublin III Regulation in the area of EU asylum law and the Framework Decision on the EAW in the area of EU criminal law.

However, if the AFSJ is to be a coherent policy area, the enabling of forced transfers of individuals from one Member State to another by the EU should consistently be complemented by the bearing of the responsibility by the EU for the protection of social rights of those individuals.

This trust cannot, however, be “blind”. Just as mutual trust has been enhanced via the adoption of the Roadmap measures on the rights of individuals in criminal proceedings, so too could it be strengthened further by adopting common standards on detention conditions across the EU.

The knowledge of judicial authorities, as well as citizens, that detention conditions in all Member States are such as to guarantee healthcare, education and an adequate standard of living of individuals, has the potential of real trust-building between Member States, and consequently also of improving the effectiveness of the EAW.

These three arguments show that social rights should be taken seriously in the context of the EAW.

This is the next step in designing an ever more rights-based Union. The EU should start exploring the possibility and necessity of protecting social rights in the context of the EAW. The extent to which it has competence to do so would, admittedly, be the next issue to overcome. 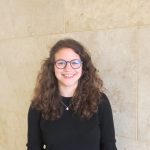