The process of differentiated integration explicitly separates insiders and outsiders into different institutions. Scholars have generally considered the consequences of differentiated integration on interpersonal modes of interaction within the European Union (EU) institutions to be negligible: since representatives still have informal occasions to meet with each other, outsiders can maintain their contacts.

However, within the Eurozone crisis, the institutional separation between ‘euro-ins’ and ‘euro-outs’ reached a new high, with visible indications of substantive divergence. In this context, and against the backdrop of current debates on the desirability of differentiation in the EU, Alexander Schilin’s PhD project reexamines the relationship between differentiated integration and interpersonal separation within the EU, by taking a social constructivist, non-policy-centric approach.

In his visionary speech at the Sorbonne, the French president, Emmanuel Macron, depicted differentiated integration as a new instrument which could be of great use in pushing EU integration forward in areas where progress is urgently needed. However, it is already quite a common phenomenon within the EU. The 1992 Maastricht Treaty not only provided significant steps forward for integration, but also came with opt-outs from some more hesitant EU member states, and the exclusion of those which were not considered ready. In the subsequent treaty bargains, the significance of differentiated integration was reinforced. In 2013, differentiation was relevant to almost 60% of the policy areas of which the EU is in charge.

Differentiated  integration in the EU not only has implications for its member states, but also for the individuals representing them in the EU institutions. National officials and diplomats representing insiders often sit in exclusive committees or they are able to, at least, make certain kinds of claims which colleagues representing outsiders of differentiation cannot. For example, the ministers of the euro states regularly meet each other in the Eurogroup. Euro-outs can only join these meetings in specific cases. This is just one example of the many ways in which differentiation is recognised within the EU’s institutional framework.

Scholarship tends to assume that this institutional recognition does not lead to significant separation. It has been argued that, despite their limitations, the networks of officials representing euro-outs have no significant shortage of connections to euro-ins’ representatives. With regards to Justice and Home Affairs (JHA), Adler-Nissen has argued that differentiation gets circumvented (meaning that representatives from countries which originally decided to opt out the EU’s JHA policies are still involved in the informal deliberation processes on specific policy proposals).

However, during the sovereign debt crisis, the institutional separation between insiders and outsiders of the euro area gained a new significance. The relevance of the Eurogroup increased its relevance as it became one of the most important venues for the euro members’ coordination. Additionally, they have established the Euro Summit and the Eurogroup Working Group (EWG); although established through ad-hoc decisions, these were rapidly institutionalised. Today, these deliberative  and coordinative fora are fully integrated within the EU Council’s system.

Thus, with the respective heads of government, ministers and senior officials meeting regularly, and excluding representatives from non-euro members, the euro area members have managed to establish an independent institutional framework. Some argue that they have become a “Union within the Union”.

This exclusion has been challenged (for example, by members of the Polish and Swedish governments), but with limited success. In recent years, leading politicians from the euro states have discussed gaining more exclusive institutions or even financial facilities. Yet, debates on a parliament or a fund for the euro area have not materialised.

Furthermore, the two groups are diverging from each other in terms of their paths of integration; despite some explicit statements of intention, until now no state outside the euro area has joined the Banking Union.

Thus, the crisis of the euro contributed to its members’ representatives attending exclusive meetings and being exposed to very different institutional environments compared with their colleagues representing non-euro area members. There is also some evidence that this institutional recognition of differentiated integration translated into significant separation. Has scholarship been wrong and underestimated the implications of differentiated integration?

So far there are only indications. And even if there would be undeniable evidence for euro states and non-euro states significantly diverging from each other, this would not be sufficient for effectively contradicting the dominant opinion within scholarship. Still, the euro area could be an exceptional case and interpersonal separation not causally determined by differentiated integration.

Nevertheless, within my PhD project I take this as an inducement to examine the relationship between differentiated integration and interpersonal separation more explicitly. Adopting a social constructivist perspective, I plan to conduct a qualitative analysis of interpersonal relationships and social cognition processes between national officials dealing with policy matters within the EMU, the AFSJ and the CSDP.

Through this approach I aim to go beyond the very policy-field specific foci of former studies and thus, contribute to a more general understanding of the relationship between differentiated integration and separation.

Finding new answers on this question not only has scientific relevance. It also provides insights on the impacts differentiated integration has on the general course of European integration. Differentiation was introduced after long and controversial treaty negotiations. However, it only came with the constantly repeated pledge that it is only a transitional solution. At one point the laggards would catch up and thus, the EU’s inner unity would be maintained.

The implications of mutual trust among member states’ political elites, however, are not only soft ones. Through processes of institutionalization and policy adaption, structured communication within normative environments and processes of identity-building get initiated; this lays the groundwork for subsequent coordination and even concrete steps of integration.

If insiders of differentiated integration develop their own collective identity through exclusive avenues of interaction, the likelihood of their substantive divergence from outsiders increases. This could be a considerable threat to the inner unity of the EU. Therefore, examining socialisation processes in relation to differentiated integration will be relevant to the discussion about the instrument’s general desirability. 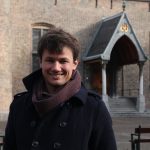 Alexander Schilin is a PhD Researcher at Leiden University, Netherlands. His research interests include differentiated (dis-) integration in the EU, the politicisation of EU politics and intergovernmentalism within the EU governance structures. In his research project he examines the effects differentiated integration in the EU has on group dynamics and socialisation processes among national officials representing their particular member state within the EU Council. For this purpose he analyses patterns of social interaction and pereception within the fields of euro area governance, Justice and Home Affairs (JHA) and the Common Security and Defence Policy (CSDP).