In April 2019, the European Parliament voted on a new Directive for the protection of whistleblowers. Dimitrios Kafteranis provides a preliminary assessment of the significance and practicality of this new EU legal instrument. 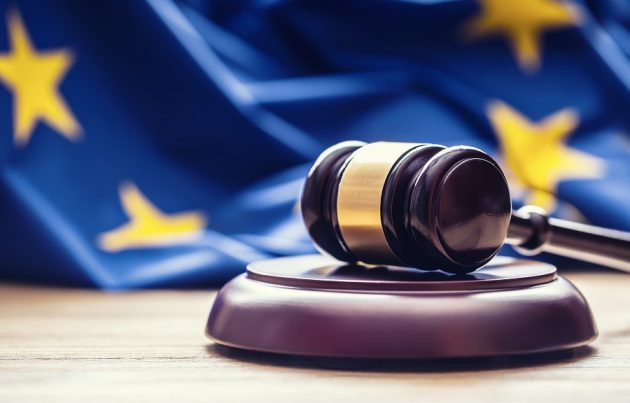 The Bases for the Directive

Covering various areas of EU interest, the Directive was adopted on different legal bases but primarily under the protection of internal market (art. 114TFEU). The legal bases related to labour and criminal laws were ultimately not chosen, because they may have delayed the adoption procedure; for instance, the emergency brake system and the opt out of United Kingdom, Ireland and Denmark under article 83 may have prevented the Directive’s adoption. The argument for the need to protect internal market was put forward to assure a somewhat easier procedural path until the final adoption of the Directive. It is noteworthy, however, that the labour law articles (art. 153 and art. 154) of the Treaty of the Functioning of the European Union (TFEU) were not used in a Directive that protects workers.

The Directive adopts a broad definition of the whistleblower. The definition includes workers in the public and private sector and self-employed persons. In addition, the Directive covers shareholders, contractors, members of the management or supervisory team, (un)paid trainees and volunteers. Clearly, this definition is designed to be able to give voice to a range of workplace actors reporting wrongdoings.

Yet, despite the broad definition of the whistleblower, the Directive does not detail the procedural aspects of reporting; it does not specify what the whistleblower should do, and how. Should they make documents? Are their concerns sufficient or should they provide some minimum evidence? These questions remain unanswered and it seems that the Member States will have to clarify those elements.

The Directive adopts a lenient approach in relation to the channels for disclosure. The European Commission’s proposal set out a strict hierarchical three-tier system for disclosures, where the employee was obliged to firstly report internally, or, as a second choice, report to the authorities. Following the negotiations of the Directive, this structure was replaced by a more lenient approach; while the Directive encourages internal reporting, whistleblowers may report either internally or to the authorities, and have the same requirements for protection.

Under the Directive, both public and private sector institutions must enhance and facilitate internal whistleblowing, by establishing internal reporting structures and adequately informing their employees of their right. Public disclosures are the last resort for whistleblowers, where there is no response to disclosures made through the two aforementioned channels.

Direct public disclosures can be made if there is a manifest or imminent danger to public interest. However, these notions are not easily defined.

Under the Directive, the whistleblower may be granted protection if they have made reports following the procedures outlined above and if they had reasonable belief that the information reported was true at the time of reporting.

The Directive does not require any good faith, public interest or motives tests. What matters is the truthfulness of the facts. However, for the whistleblower to be granted protection, the Directive requires that the acquisition of the information should not constitute a self-standing criminal offence. This may lead to problematic cases, where the whistleblower is penalised for an act that was necessary for blowing the whistle. The whistleblower may be accused of theft, breach of trade or professional secrecy when taking the necessary documentation in order to report (see, for instance, the Luxleaks case where Antoine Deltour and Raphael Halet were accused of, inter alia, theft).

Nevertheless, the Directive provides for a broad retaliation protection and offers a long list of what may constitute retaliation. Other elements of protection include sanctions for retaliating against whistleblower and waivers of criminal and civil liability (under certain circumstances).

Some years ago, the EU provided only sectoral provisions on whistleblowing. The enactment of the Directive constitutes an important step and a sign of change at the EU level.

While the hope is for effective implementation that will enhance the protection of whistleblowers, there will be challenges ahead, especially during the two years of implementation.

It will be interesting to observe the national legislations on whistleblowing during the transposition period. The Directive has a somewhat limited scope and it is up to the Member States in this period to decide whether they limit their legislation to what the Directive demands or to extend it to all national laws not covered by the Directive. Furthermore, it is not yet clear how the concept of a self-standing criminal offence will function in national laws.

Answers to all these concerns will become available the following years. Crucially, this Directive is a strong decision on the EU’s part to protect whistleblowers, bringing them from obscurity into the limelight.

Dimitrios Kafteranis is a DTU REMS PhD candidate under the supervision of Associate Prof. Silvia Allegrezza. Dimitrios studied English language and literature at the Aristotle University of Thessaloniki (Greece) and completed a Master in European and International Studies at the University of Makedonia (Greece). He graduated with an LL.M. in European Economic and Financial Criminal Law from the University of Luxembourg.