Criticisms directed at the European Union (EU) and its institutions over the past decade have often been interpreted as a sign of fundamental weakness. However, using the EU Emissions Trading Scheme as an example, Claire Godet argues that contestation should not be seen as a sign of failure, but rather as an opportunity for justification. 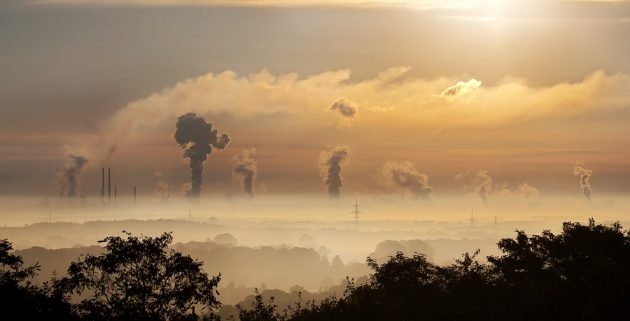 The Case of the EU ETS

In the last decade, the European Union (EU) has faced many backlashes and criticisms. This turmoil has led some scholars to declare the EU’s legitimacy crisis. It is popular to assume that if citizens are dissatisfied, the EU must be facing legitimacy challenges that could eventually lead to the withdrawal of support, and therefore systemic troubles. However, negative claims and critiques might not be as threatening as these studies imply. Critiques also provide a valuable opportunity for the EU to justify itself, and can test, rather than threaten the system, which can wither or thrive according to its reaction.

Analysing the EU Emissions Trading Scheme (ETS) is particularly enlightening on the matter. The ETS is the policy that establishes an “emissions market” to limit polluting emissions and encourage climate friendly economy. European industries receive allocations that define how much polluting emissions they are allowed to produce. If they exceed their quota, they must buy more allocations. If they reduce their emissions, they can sell their surplus of allocations.

The ETS is quite recent (it was designed in the early 2000s), and has suffered many objections from all sides since its creation. Green activists denounced the commodification of climate protection; energy-intensive industry complained about the burden on their competitiveness; think tanks decry the Commission’s overly optimistic projections.

From its very first days, the ETS has been questioned; and since then, criticisms have reappeared with each round of reforms. Despite the challenges, the ETS has survived and developed; and the next phase, starting in 2021, will integrate the emissions market further than ever before.

The ETS and its Critics

How is it that the ETS has continued to grow – in leaps and bounds – while stakeholders continue to disparage it? The answer is that the Commission has managed to transform complaints into opportunities to justify the system.

When establishing the ETS, the Commission justified it by affirming that a market-based instrument was the most cost-effective solution to mitigate climate change. This has defined the EU’s climate policy for the following 20 years: it focuses primarily on emission reductions (rather than, for example, changing the mode of production); and it is constructed around market mechanisms (rather than imposing environmental standards, for instance).

Critiques of the ETS usually fall into two categories: on one hand, actors can criticise the technical aspects of the ETS, i.e. they believe that the ETS is the best solution, but still suggest measures to make its realisation more efficient. On the other hand, actors can argue that the ETS is based on fundamentally flawed premises and that market mechanisms are not the best option available.

The first type of critiques does not represent a threat for a system’s legitimacy since it does not attack the system’s normative justifications. The actors who point out technical shortcomings do not ask for better or new moral grounds; they simply attempt to make the system work better (whether this means having greater climate ambitions or lowering the burden on industries). The Commission has taken advantages of these criticisms to foster the development of the ETS and the emissions market integration. Cleverly, the Commission does not deny any of the shortcomings of the ETS: it acknowledges its deficiencies and recommends deeper integration to achieve both steeper emissions reduction and fewer market distortions.

However, the second type of critiques does jeopardise the system, as it asserts that the system cannot be legitimised while its justifications rest on biased assumptions. These critiques attempt to delegitimise the system in order to replace it. They do not believe that market mechanisms and/or emissions reduction should be the guiding principles of EU’s climate policy: according to them, market-based instruments are not the best solution to mitigate climate change. These “anti-system” critiques are harder to convey because the actors involved in the current system, even when unhappy, fear changes that could, in the end, be more detrimental to them.

Critique as an Opportunity for Legitimation

The Commission has managed to deflect these critiques. For instance, NGOs who advocate for the scrapping of the ETS are castigated, on one hand, by industries that dread an ecotax, and on the other hand, by green actors who apprehend a return to zero. Nevertheless, by urging for controversial changes, these NGOs have given a valuable opportunity to the Commission to reassert its justification that the ETS is the most cost-effective solution to provide both climate mitigation and economic development.

This does not mean, however, that criticisms are inconsequential in political systems: negative claims, as any discourse, can affect a system in many ways depending on their intensity, popularity, etc. Nevertheless, the relation between critique and legitimacy is more complex than expected and should be explored carefully before making any assumptions about a legitimacy crisis.

The EU is currently facing criticisms from all parties: rather than seeing this as a challenge, this could be a valuable opportunity for the EU to justify itself to its citizens. By criticising the EU, citizens also express what they want and expect from the Union. It is now time for the EU to listen.

Claire Godet is a PhD candidate at the ARENA Centre for European Studies, University of Oslo. She is part of the PLATO project, a European training network (MSCA-ITN) that studies the post-crisis legitimacy of the European Union. Her PhD project analyses how controversial policies, such as the Emissions Trading Schemes, can still be justified.