University ‘outreach’ is the term most-often used to designate a range of services, events and activities offered by universities to schools and colleges in order to improve transition routes into higher education (HE). In the field of social sciences, simulations can generally be defined as activities where students are placed ‘within a reasonable representation of a real environment within which political or social interactions occur’. Their use as a teaching tool to engage university students in the curriculum has been widely researched and documented, whereas their use as a university outreach tool at the pre-admission stage is much less widely explored.

In this research, the authors found that simulations with pupils at secondary schools had three key effects. First, they enhanced participants’ interest in pursuing university degrees in fields associated with EU politics, namely international relations (IR). This finding supports previous claims that active learning environments can increase students’ interest. At the same time, it suggests that the pupils taking part in the simulations often associated EU politics with IR rather than European studies (ES), which reinforces the recent trend, certainly within the curricula of UK universities, of the EU being studied within the field of political science, particularly IR, rather than as part of area studies. We argue that, given the UK’s prospective exit from the EU, this trend might be justified in the case of British universities, as developed below.

Third, the simulations consolidated the participants’ perceived importance of understanding the workings of the EU. Although this finding was not statistically significant, assuming that an increased perceived importance of understanding a subject tends to lead to an enhanced interest in that subject, this finding can also be seen as further strengthening the key argument of the article.

As noted above, one significant implication of these findings is that secondary school students tend to associate EU politics with IR rather than ES. Indeed, it might be the case that IR better suits the study of EU politics, at least in the UK, given the Brexit process and the redefined relations that the UK will have with the individual member states of the EU. Moreover, a background of rising Euro-hostile attitudes and political forces across the EU as well as the possibility of further disintegration – albeit not likely for the present time – do enhance the need to understand and study Europe in a broader way. We have also pointed out that the relatively hostile environment towards the EU within British society might make IR more attractive to students, at least more so than European Studies.

On the other hand, there is of course the argument that EU politics should be studied as part of the latter not only because the EU is still a highly integrated entity both economically and politically that arguably warrants a non-IR approach, but also from a British perspective, as the UK will still have to deal with the EU as a whole, and not just its individual members, thus maintaining the relevance of understanding its workings as a whole.

In any case, regardless of whether EU politics is better off as part of ES or IR (a debate which falls outside the scope of the article but would be worth pursuing on this platform), it is worth emphasising that understanding the EU and Europe as a whole will continue to be relevant – despite, or precisely because, of the Brexit process – for present and future generations of British students.

This article is based on the authors’ article in the Journal of Contemporary European Studies (JCER) Vol 15 No 1.

Shortlink for this article: http://bit.ly/2HiwR0r 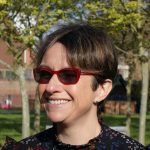 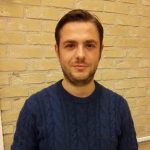 Vladimir Bortun is a PhD Candidate at the University of Portsmouth with a research project on transnational cooperation of left parties in the EU today. He is also a part-time lecturer in Politics & International Relations at the same university. 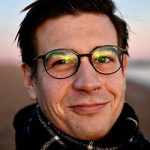 Milan Kreuschitz-Markovic is a PhD Candidate at the University of Portsmouth undertaking a research project on the roles and motivations of transnational elites in private industry, research and governments in the drafting of European science and innovation policies.