When viewed as a normative power, is the European Union (EU) an exceptional actor? Aiste Pagirenaite dissects the Economic Partnership Agreements negotiated between the EU and the African, Caribbean and Pacific Group of States, and argues that the EU’s norm promotion tools also serve its strategic interests. 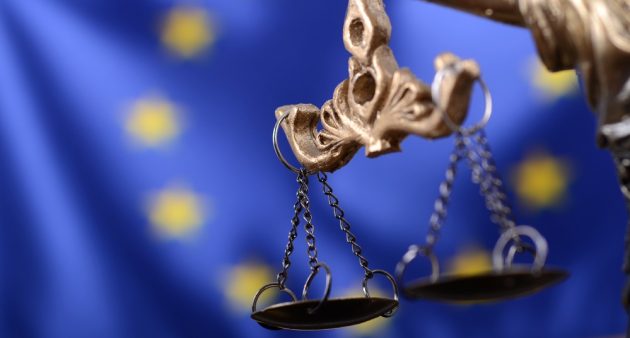 Two of the most prominent accounts explaining the EU’s role as a global actor are known as Normative Power Europe (NPE) and Civilian Power Europe (CPE). These accounts, introduced by Ian Manners and François Duchêne respectively, are marked by at least one common flaw – they present the EU as a type of exceptional actor, a ‘civilising power’ and value promoter.

It is doubtful to what extent the EU acts in a normative way: the normative dimension of the EU global actorness should not be disclaimed but it is unlikely that the EU has an exceptional normative role in international sphere, as some kind of ‘force for good’.

The ability to spread norms is not a phenomenon unique to the EU – for example, the United States (US) foreign policy has been usually marked by ‘strong normative under-, if not overtones’ and even the Soviet Union sought to adopt a certain kind of ‘normative’ or ‘civilizing’ role.

Interestingly enough, the US international actorness is often presented at odds with normative EU power. However, the US foreign policy has clearly been marked by normative aspects, especially during the first part of the twentieth century when Woodrow Wilson’s announced his Fourteen Points and ‘institutions that would civilise international politics’ were created.

Even events such as the invasion of Iraq, led by hawkish foreign policy, should not be interpreted as merely a manifestation of hard power politics. US actions were also driven by a Wilsonian view of liberal democracy. Wilson’s original objective was similar to the one of the EU today: strengthen peace in the world by incentivising the creation of ‘binding normative commitments’ among countries. However, over time the importance of US military means has overshadowed its normative power, hence it is less surprising that the US image as a norm promoter tends to be met with scepticism.

The US experience is a useful lesson for the EU because it reveals that attempts to justify external action by referring to norms ‘often lead to suspicions of hypocrisy and hidden agendas’. Returning to the example of Iraq invasion: the official rhetoric attempted to justify the US actions as a fight against human rights violations of the Saddam Hussein’s regime. However, ‘many countries, especially non-democratic Arab countries’ perceived the US normative rhetoric as a veil for its self-interested intentions.

The US experience clearly exposes the consequences of promotion of non-reflective and self-gratifying normative image in the international arena.

Although military methods of norm spreading took over in the case of the US, it does not guarantee that the EU’s external relations, which are civilian in nature, protects them from becoming a ‘self-righteous [and] messianistic project’. Therefore, it is argued by scholars Thomas Diez and Sonia Lucarelli that a significant amount of self-reflectivity is needed in EU actorness studies, while paying attention towards perceptions of ‘others’.

The investigation of the EU actorness reveals that norm promotion tools can sometimes be utilised for the EU’s strategic interests. This revelation does not necessarily deny any normative role of the EU, but it should be kept in mind that the organization is not blind to its own needs.

This issue is clear when external perceptions of the EU’s global action are analysed, which reveal that attempts to portray the EU as a type of different normative force are sometimes seen as hypocritical (especially in the Southern countries), thus actually harming the image of the EU, instead of promoting it.

Most of the criticisms towards the EU, coming from the African, Caribbean and Pacific Group of States (ACP), are directed towards inconsistencies between development aid, human rights and trade policies.

The bargaining style of the EU’s elites is often perceived as patronising, arrogant and inconsiderate of ACP concerns, thus being more reminiscent of attitudes of colonial patron rather than a normative actor. EPAs (Economic Partnership Agreements) are often blamed by African elites for ignoring Africa’s heterogeneity because of their ‘one-size-fits-all’ approach and efforts to impose the EU’s own model of integration externally. Investigation of EPAs negotiations reveals that critical attitudes regarding the EU’s domineering bargaining style have strong substance.

For example, the EU insisted that EPAs were to be signed with seven regions within the ACP and not with the group as a whole, reducing its negotiating power, since regional groups are smaller and thus it was harder for them to push for agreements favouring developing countries. Moreover, EPAs are based on WTO rules regarding trade ‘reciprocity’ which disadvantages poorer economies (such as the ACP block) because their goods and services cannot compete with the EU’s. In addition, a neoliberal economic model is assumed to be the ‘aspiration’ for the ACP countries without more profound discussion about possible alternatives.

In brief, the EU only vaguely follows its normative rhetoric in its action towards African countries. More often, it adopts harsh bargaining techniques of ‘coercion and manipulation’.

Accounts on the EU actorness contributing to the NPE/CPE discourse often lack careful investigations of the measures used by the EU to spread its norms – sometimes criticised for their imperialist nature. Jan Zielonka compares the EU to an empire because of its aim to ‘assert political and economic control over various peripheral actors through … economic and political domination’.

However, the EU is a different type of empire than the contemporary US or nineteenth-century Britain. Zielonka claims that because of the ‘polycentric’ governance, indefinite borders and ‘soft forms of external power projection’ which resemble the world system in the Middle Ages before the emergence of capitalism and nation states, the EU could be understood as a ‘neo-medieval empire’.

Instead of asserting its power through military instruments, which conventionally could be expected from an imperial power, the EU uses bureaucratic and economic means while also claiming that its norms and policies are ‘right’. Thus, the EU is able to legitimise the use of ‘sanctions, bribes and even coercion’ while achieving its own goals.

Claiming that the EU’s integration model is universal and pushing other actors to accept its norms ‘by applying economic incentives and punishments’ (for example, the EU included conditions regarding democracy into trade agreements with Latin American and North African countries) indeed manifest patronising under-tones.

To sum up, even though the EU can be seen acting as a normative actor in some areas (e.g. the famous Manners example of the EU’s endeavour of international death penalty abolition), the NPE/CPE discourses should be investigated more attentively. A wide range of the EU’s policies towards developing countries and their negotiating processes must be taken into account. Furthermore, the image of the EU as a ‘force for good’ is too idealistic and self-righteous, because the EU also follows its own interests in policy areas.

Shortlink for this article: http://bit.ly/2PtcDlR 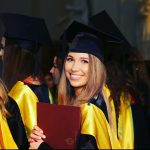 Aiste Pagirenaite is a Master’s graduate in International Politics and Europe at the University of Warwick, United Kingdom. She previously studied Journalism and European Politics at Vilnius University, Lithuania, and Danish School of Media and Journalism, Denmark, where she analysed the EU’s relations with the Visegrád countries. Her master’s dissertation analyses the relationship between EU development policy and issues of global distributive justice while in general her research focuses on European Studies and questions of social equality.