Perceptions of vulnerability within small states can lead to stronger national identity, but also to affiliations with bigger organisation, such as the EU, which grant external shelter. Using Scotland as an example, Alastair Mackie asks whether these dynamics can impact European identity among citizens of small states. 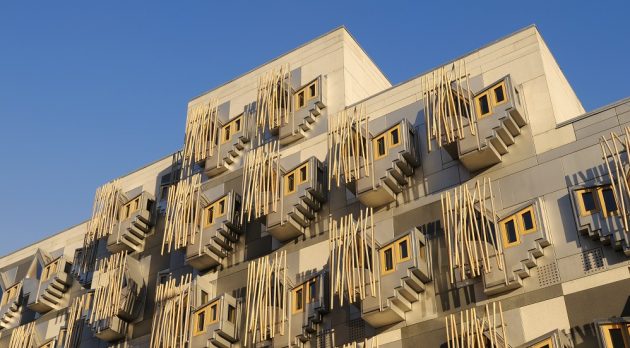 ‘Chèrs collègues, do not let Scotland down!’ Scottish MEP and member of the Scottish National Party Alyn Smith received a standing ovation for his speech in the European Parliament on the 28th of June 2016.

He was eager to point out that 62% of Scottish voters had chosen to remain in the European Union. Smith also mentioned that he considers himself to be both Scottish and European. The Brexit vote marked the beginning of a new argument being used by those seeking Scottish independence: that Scotland will be taken out of the EU against its will.

Two years earlier, in the run-up to the referendum on Scottish independence, continued EU membership was still used as an argument against independence. Clearly, the role of the EU within the debate has changed.

Although the 2014 referendum on Scottish independence resulted in a strong wish to remain in the United Kingdom, a large number of people in Scotland continue to support independence and hope for a second referendum. In this second independence referendum campaign, Brexit and the European Union would inevitably feature heavily.

In January 2018, I started a PhD project which is to be an ethnological study on small state perception of European identity. Here, I present the framework I will use for my study.

An independent Scotland would be a relatively small state in Europe, and as other small states, it would have to work around the consequences of its size. It has been argued that small states are more vulnerable than larger states due to their limited (natural, human, military, etc.) resources. Such states therefore need to find strategies to counteract this vulnerability. There are two common strategies: (1) the building of an internal buffer by focussing the interests of the state and remaining flexible; and (2) by taking external shelter with a larger state or international organisation, such as the European Union.

Small state studies have predominantly focussed on these political and economic consequences of state’s size, not as much has been done on how size influences identity within the state. It has been argued that a perception of vulnerability within small states might contribute to a stronger sense of national identity. If we follow that argument, a vulnerable small state with a strong national identity should seek political and/or economic shelter by joining the European Union. However, it is unclear what the impact of such perceived vulnerability is on the formation and perception of European identity within small states.

Identity can be understood as being created by the stories we tell ourselves and others. These stories form the boundaries that define us and our communities (the Self), and those outside them (the Other). European identity, like other collective identities, can be understood as a shared narrative that controls the boundaries of a network of actors, as argued by Klaus Eder. Different understandings of European identity are based on differences in how this narrative is constructed in relation to Europe. By researching narrative networks, we can learn the role of Europe in people’s identity construction and how it might relate to perceptions of size and vulnerability. To conduct such a study, a bottom-up, ethnological approach is necessary, which focusses on people’s personal narratives of Europe.

In his speech, Alyn Smith emphasized progressive values shared by Scotland and Europe: ‘I want my country to be internationalist, cooperative, ecological, fair, European.’ By doing so, Smith used Scotland’s ‘Europeanness’ to make a clear distinction between it and the majority of the UK which voted for Brexit. In other words, his European identity was supporting his vision for an independent Scotland. It will be interesting to see whether this attitude is widespread among Scots.

Scotland is of course not a state, even though it already functions as one because of the devolved status of its parliament. But the possibility of it becoming one while its relationship with the EU is being questioned at the same time has put into focus the questions I would like to research: (1) what role does Europe play in the identity formation of small state’s citizens, (2) how do perceived size and vulnerability influence the perception of Europe and (3) how is the perception of Europe used to counteract the perceived vulnerability of the state’s citizens?

These research questions will form the basis of ethnographic fieldwork I will be undertaking during 2019. By means of participant-observation and ethnographic interviews in a variety of communities around Scotland, I aim to learn about how people’s narratives of Europe are used in connection to their local narratives.

Although I will start by focussing on Scotland, the findings of the research may be applied to other small European states at a later stage. The results of the project will offer a new perspective on how Europe is understood in small states.

Shortlink for this article: http://bit.ly/2Qe1yF2 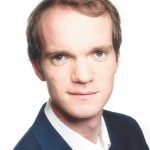 Alastair Mackie is a PhD candidate at Heriot-Watt University investigating how European identity is perceived in small states, with a particular focus on Scotland.