While progress has been made, the EU-Mercosur association agreement still struggles to get off the ground. Bruno Theodoro Luciano argues that some of the greatest challenges are the insufficient discussion of political cooperation as well as the EU’s preferential treatment of Brazil. 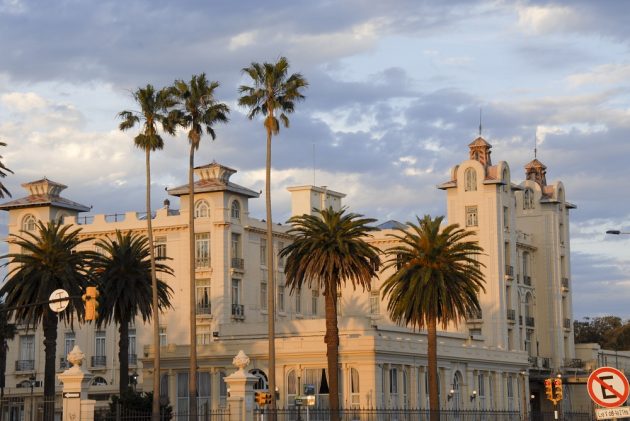 Over the past few years, after almost two decades of negotiation, the EU-Mercosur association agreement is very close to be concluded. However, both sides recognise that there are still some key standing issues to be resolved before reaching a political commitment. This article argues that although the conclusion of the EU-Mercosur association agreement is closer, important issues remain open, which could once again paralyse these bi-regional negotiations. Moreover, the privileged Strategic Partnership with Brazil might hinder the potential of EU-Mercosur relations to move beyond a mere free trade agreement, towards a more political and multi-dimensioned dialogue.

Negotiations started in 1999, in a very different context for both regions: Mercosur countries aimed to counterbalance trade talks with the United States in the framework of the Free Trade Area of the Americas (FTAA). The EU saw Mercosur as a promising regional integration project in the Americas, as well as a relevant market to be explored. However, due to protectionism on both sides, the negotiations reached a deadlock in 2004. Although formally revived in 2010, the EU-Mercosur agreement only gained a new momentum more recently, from 2016 onwards. The political changes observed within South American countries, especially in Argentina and Brazil, altered Mercosur’s political agenda. Therefore, trade liberalisation via the negotiations of trade agreement with external actors became a foreign policy priority in the region.

For the EU, the paralysis of the commercial negotiations with the United States via the Transatlantic Trade and Investment Partnership (TTIP) – most remarkably since the beginning of the Trump administration – pushed the European Commission to intensify and diversify its trade agenda with other global partners. Therefore, the EU readjusted its external trade strategy, aiming to both sign new trade agreements with countries as Canada, Japan and Korea, and to conclude negotiations previously paralysed such as the association agreement negotiated with Mercosur.

While Mercosur countries such as Brazil have in the 2000s invested in deeper relations with other nations from the Global South, especially with the other members of the BRICS countries (Russia, India, China and South Africa), the EU in the past years had to deal with its successive crises (financial, economic, migratory), being Brexit the most recent one. Now, contextual transformations in both regions, led to the strengthening of a relationship that was never prioritised by either sides.

The bi-regional deal would represent one of the world’s biggest trade agreements ever signed. However, there are still some important chapters of the negotiations to be closed. As stated by the European Commission after the conclusion of the June 2018 round of negotiations, areas such as cars and car parts, geographical indications, maritime transport and dairy still require further discussion. Moreover, the section on subsidies is still a problematic chapter of the negotiations, even though the EU has presented a revised proposal to Mercosur countries.

Besides trade, the initial set up of the EU-Mercosur agreement included two additional spheres, cooperation and political dialogue, as the main pillars for the future bi-regional relationship. Neither was thoroughly addressed during the last rounds of negotiations. However, the proposal submitted by the EU to include a ‘regional integration clause’ might point to the direction of adding more political aspects of a so far very much commercial talk. In this sense, the future of EU-Mercosur relations within the areas beyond trade are not clear-cut.

Furthermore, the EU and Brazil (biggest Mercosur country) signed a Strategic Partnership in 2007, which may hinder the potential of Mercosur to become a more relevant regional actor. This agreement expanded bilateral relations between the EU and Brazil in many sectorial dialogues, marginalising the rest of Mercosur countries from the discussion of many multilateral issues with the EU. Privileging individual relations with Brazil has raised discourses of fragmentation and rivalry within Mercosur countries, especially with regard to Argentina, Mercosur’s second biggest country.

Considering the previous stalemates of these bi-regional negotiations, the conclusion of EU-Mercosur agreement is not a guaranteed outcome. Sensitive sectors in both regions might still stall the negotiations depending on the level of concessions given in key areas such as agriculture and beef. Also, the future electoral outcomes in Brazil might turn again the political wind of the region and also undermine the negotiating progress recently achieved. In addition, the departure of the United Kingdom from the EU may alter the political pendulum within the EU’s decision-making, reducing the European support to conclude free trade agreements worldwide.

Nonetheless, the eventual conclusion of the EU-Mercosur trade agreement might not substantially transform the nature of this bi-regional agenda. Even though South American countries are nowadays more open to trade liberalisation, the region is much more interested in integrating its market to the Asia-Pacific region, and in particular to China, which has recently become the top trade partner of several Latin American countries. Moreover, the conclusion of EU-Mercosur agreement will probably follow the tendencies observed within the EU’s relations with the rest of Latin America. Although the EU has signed many trade agreements with the countries and regional blocks of the region, the signature of these deals has not necessarily pushed forward the relationship of Europe with Latin America to new domains, indicating how both regions, despite contextual changes, have not been a priority to each other.

Shortlink for this article: http://bit.ly/2PaVAoc 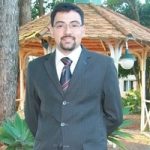 Bruno Theodoro Luciano is a Doctoral Researcher in Political Science and International Studies at the University of Birmingham, United Kingdom. He was a visiting researcher at the Institute for Latin American Studies (ILAS), German Institute of Global Area Studies (GIGA), Hamburg, and at the Department of Politics and International Relations, University of Johannesburg, South Africa. His research focuses on regional integration and regionalism and he is developing a PhD investigation on the institutional development of regional parliaments in Europe, Latin America and Africa.