The process of European integration has always faced challenges, but the complexities in which the European Union finds itself today are unprecedented, Karlis Bukovskis reflects. Following his participation at the UACES GF 2018 Conference, Bukovskis offers a conceptualisation of the recent wave of populism and trends in integration, in order to contemplate Europe’s institutional future.

Challenges and crises are part and parcel of the European integration process. Indeed, they have often been a driving force for deeper integration, with countries delegating sovereign-decision making power to supranational institutions to address them.

Even when a member decides to leave the European Union (EU), overall integration deepens; in the case of Brexit, we have seen the emergence of European defence structures, an area previously less integrated than the economic, foreign policy, or even the justice and home affairs sectors.

The EU has been in a prolonged self-evaluation process — a process initially caused by the sovereign debt crisis and then exacerbated by the migration crisis and Brexit. Together with a slow recovery of the economy, the recent surges of populism and Euroscepticism, the EU project is undoubtedly yet again in a complex situation.

What, then, does the future hold for the EU, in relation to populism and its institutional developments?

Populism – broadly, the appeal to anxieties of the masses – has been part of the political process and rhetoric since the dawn of politics.

We can distinguish two sides of the recent populist wave in democratic countries. On the one side: populism in form, which seeks to address as many voters as possible via all means possible. On the other: populism in substance, aimed at destroying existing policies, multilateral and economic ties by appealing to anti-globalisation and anti-Europeanisation.

The first is a product of modern technological developments putting a world of information at one’s fingertips. The consequent changes to the political process and voter mobilisation have been monumental; Facebook heroes, Twitter warriors and television are performing the function of mass electoral mobilisation — previously the domain of mass party politics and political ideologies.

Ad-hoc issues and topical matters dominate the political rhetoric and electoral process. Differences in values, policies, historical interpretations, regimes and policies – traditionally an endless well for political rhetoric – will continue to be used by both marginal and mainstream politicians exercising and promoting populist rhetoric: this is populism in form.

Populism in substance is exemplified in modern foreign policy through oversimplified positions and solutions. For example, the utilisation of EU-Turkey relations in domestic political debates and the maximising of the rift between the positions of current administration of the United States of America and the EU by politicians seeking popularity points. Similarly, the developments in the Visegrad group countries and those in Western European countries are used as political vehicles by fellow member states.

In spite of the results of the Dutch national elections and Emmanuel Macron’s victory in last year’s French presidential elections, Euroscepticism still finds ears among voters. It is largely due to the towering complexity of the EU to the everyday voter and the European Commission’s lost reputation as neutral arbiter since J.-C. Juncker’s rule.

Brexit and the emergence of internal opposition, especially in the form of the Visegrad group countries, signify the EU’s re-entry into an era of inter-governmentalism after prolonged periods of de facto federalisation. A willingness to see the EU’s supranational institutions as instruments for the promotion of national interests has been around since its birth.

Today, Visegrad elites are balancing the revival of national self-esteem and the wish to remain in the EU, resulting in harsh rhetoric and shattered relationships.

Evidently, after being subjected to prolonged periods of conditionality, transition and transformation, the post-communist countries are now ready to be treated as equal partners, not only by their fellow member states, but also by the supranational institutions. And this wish plainly sells among voters.

The Institutional Future of the EU

The prolonged reality of the multispeed Europe is principally due to the federalism/inter-governmentalism debate. Different intensities of integration between countries are based on their national interests, economic exposure and political views of particular ruling elite or even individual politicians. The Schengen area, the Eurozone, the PESCO are just some examples of enhanced cooperation advancing and reshaping, and thereby making more complex, the institutional structures of the EU.

Moreover, every opt-out has been a chance for countries and their societies to put their foot down and say ‘no’ to EU integration without impeding overall integration. As a result, not only does the current shape of the EU allow various levels of collaboration, but the same stands also for engagement levels with third countries.

It is no longer just about membership of the EU. DCFTAs, FTAs, FTAs+ are free trade area formats that provide an opportunity for the EU to secure permanent cooperation and Europeanisation of countries that will never be part of the EU, and especially not part of the EU core.

Meanwhile, the EU core and the Banking Union are becoming more and more distant not only from the already existing EU member states, but also from membership aspirers. As the EU core becomes more homogenous, it also becomes more demanding to semi-core and periphery countries of the EU.

As a result, countries championing EU membership will have to go to much greater lengths and delegate much more sovereignty than countries of previous enlargements. For instance, further European Monetary Union integration makes EU accession a much greater leap for nation states.

It is evident that domestic integration problems will dominate the agenda at least until 2025 with the EU’s internal structure becoming increasingly complex. This will weigh heavily on relations both inside and outside the EU.

Already incomprehensible to a non-professional audience, the EU and its institutions will be further estranged from its population.

In external relations, the EU will become more complex to deal with and more complicated to integrate into. At the same time, however, new formats of association and engagement with the EU will allow flexibility in relations towards the third countries.

The EU is now debating its future, domestically, at the European Parliament, and in the Council regarding the finalization of the Economic and Monetary Union. This is an opportunity for the member states and their leaders to express their wishes and fears regarding the EU. The pertinent question remains, however, of the extent to which the non-professional audience will be able to participate, both in comprehending and in shaping, this “ever complex Union”.

Shortlink for this article: http://bit.ly/2CSghUh 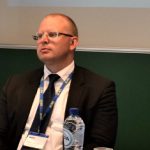 Karlis Bukovskis is the Deputy Director and a researcher at the Latvian Institute of International Affairs (LIIA), the author of numerous articles, and the scientific editor of several books. Bukovskis is a lecturer on global political economy, international financial system and the EU integration at Riga Graduate School of Law and Riga Stradins University.