Russia and the European Union (EU) emerged as twin products of the end of history, writes Daniel Matthews-Ferrero. Arguing that the return of history is exemplified in both domestic politics (through the decomposition of liberal democracy, best expressed through the rise of populism) and in international relations (increasing multipolarity, best expressed through the Ukraine Crisis with Russia), he analyses the latter case and the challenge it poses for the EU. 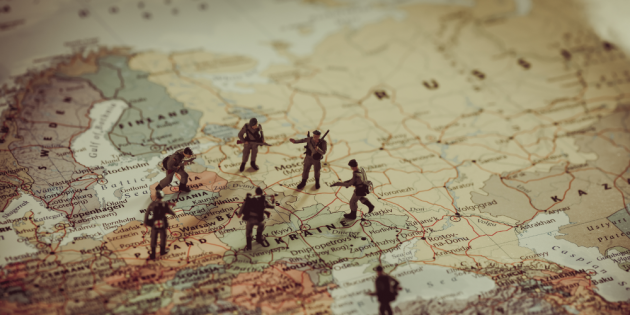 Russia and the EU emerged as twin products from the end of history. The EU was a product of liberalism’s global victory, while Russia was the product of the defeat of the revolutionary ideas behind the Soviet state.

With the Leninist extinction, it was supposed that liberal democracy would gradually extend across the globe, with world history on autopilot. However, this conception has suffered increasing setbacks.

In domestic politics, liberalism’s global victory entailed shackling democracy domestically through a withering away of politics (i.e. policy subject to popular contestation). Politics is the inevitable task of any state applying bureaucratic discretion to the distribution of scarce resources among determinate social groups.

With the victory of our global liberal path dependency, the possibility for mass publics to alter the direction of their national democracies has become increasingly remote, giving rise to political apathy and declining turnouts. Once the financial crises necessitated political opposition, the lack of institutionalised possibilities gave rise to Western populism.

The illiberal turn with the rise of Western populism represents the return of history in domestic politics. History has also marked its return in international relations, however.

Europe’s economic instability and political turmoil have accelerated the reemergence of an assertive Russia. Its transition to democracy is looked back on as a humiliating phase of kowtowing to Western interests. It has consequently asserted its national sovereignty through authoritarianism. This has resulted in a classic nation-state, contrasting with a post-modern transnational EU.

Yet, both polities have come to resemble one another in their domestic politics more than is commonly admitted. Managed democracy has taken hold in both polities through a de-politicised administration of things.

The paths followed towards this destination differ, but the end result is similar: In the EU we find democracy without sovereignty, in Russia sovereignty without democracy.

Ukraine, as the borderlands between these polities, has come to mark the external limits of the end of history.

The groundwork for Ukraine’s nation-building were laid by its dominant Russian Other under Bolshevik nationalities policy, later complimented by quasi-genocidal repression under Stalin. The contradictory results, with nation-building on the one hand and Siberian gulags on the other, represent the conflicting dual legacy Ukraine confronted when deciding its post-Soviet future.

Independent Ukraine thus faced a choice between two competing spheres of influence. The EU denies the existence of such a logic, yet even the shape of its neighbourhood policy would be arbitrary were it not for EU strategic interests. The mutual incompatibility of economic integration into Russia and the EU’s trade agreements gave the game away.

The EU’s historically oscillating treatment of Ukraine also betrays a realist logic. The EU’s “Russia first” policy sees Ukrainian EU accession efforts relegated behind Turkey’s, with this policy eventually giving way to more aggressive expansionism. Such changes would be inexplicable without a sense of the EU tactically and tacitly manoeuvring around spheres of influence.

Yet, Ukraine violated realist expectations when it chose to de-nuclearise in the early 1990s. This is because foreign policy cannot be the automatic product of some realist formula; it must be constructed as a choice, after subjectively surveying available options.

Ukraine’s internally constructed policy to de-nuclearise ultimately relegated the nation to a bystander to its own national crisis, with other great nuclear powers tussling over its territorial sovereignty in realist fashion.

Given the interpretative, constructivist basis of internal foreign policy formulations, when it comes to preventing crises, communication between great powers is vital. This is how they come to understand the likely reactions arising from different policy options.

In this context, what has been described as the EU’s “autistic disorder” becomes particularly problematic. After all, it made it possible to muddle into war.

The explanation for this troubling situation can be found in the structure of the post-Cold War unipolar world order, with the US as global hegemon. Detached from hard power considerations by the institutional division of labour with NATO and member states while nestled comfortably under the US security umbrella, it became natural to survey the surrounding international scene with a rosy tint.

If, as the EU claims, each nation has a right to choose its foreign policy alignments irrespective of great power strategic interests, why did the West not make more forceful overtures towards Ukraine when it was still a part of the USSR? The reality of Soviet power precluded it, of course.

The vacuum eventually brought about by Soviet collapse was exploited by the West and EU. The liberal theories used to justify this are only now catching up to the creeping multipolar reality. They are evidently struggling to adjust, with the end of history slamming into a brick wall with the Ukraine Crisis.

For now, the EU continues to deny basic realism and the possibility for other powers to defend strategic interests that impinge on any country’s supposed right to choose its foreign policy alignments ex nihilo. It is as if the EU’s economic magnetism were an insignificant factor compared to the attraction of its norms and values in the global extension of liberalism through an end of history logic.

By maintaining such delusions, further conflicts are only made more likely for the liberal order externally. Internally, doubling down against populism through an entrenchment of de-politicising liberal policy frameworks will only accelerate the current disintegrative spiral of liberal democracy.

In this way, the unfolding of liberalism’s own internal logic since the end of history has given rise to a domestic and an international crisis.

The survival of the EU, the intellectual product of liberal triumphalism at the end of history now depends on its ability to adjust to the realities of the return of history.

Shortlink for this article: http://bit.ly/2PmvO0i 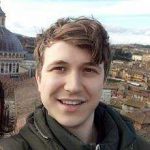