The recent wave of government-sponsored referendums in Europe should be read in light of the upsurge of populist movements, argues Cecilia Sottilotta. Based on her recent article in JCER, she analyses the way in which the governments of Greece, Britain, Hungary and Italy strategically used referendums between 2015-2016, and debunks the political risk calculations. 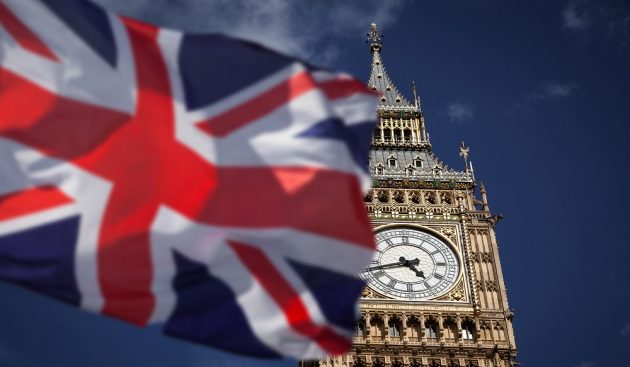 Greece in 2015, Britain, Hungary and Italy in 2016: government-sponsored referendums seem to be ubiquitous in today’s European politics.

This phenomenon is not particularly new in itself, as governments have often used referendums as tools to achieve specific political goals in both democratic and non-democratic regimes. What is new about the recent wave of government-sponsored referendums in Europe is that they have taken place in a polarised political climate characterised by an upsurge of populist parties.

During the sovereign debt crisis in Europe, Greece was in the eye of the hurricane. On 27 June 2015, after five months of fruitless negotiations with the country’s creditors, recently elected Prime Minister Alexis Tsipras called a consultative referendum, asking the Greek people ‘to rule on the blackmailing ultimatum’ imposed by the European Commission, the European Central Bank and the International Monetary Fund – the so-called ‘Troika’.

Once it found itself cornered during the financial bailout negotiations, the Greek government tried to strengthen its hand, performing a political risk calculation where the expected payoff would have been a stronger mandate to negotiate more favourable terms with the Troika. However, while the government’s calculation about the domestic dimension of the referendum was correct, and the 5 July vote undeniably reinforced the Prime Minister in his anti-austerity stance, the calculation about the ‘external’ effects of the referendum was not equally accurate. In fact, the position of the other negotiators was hardened rather than softened, in the face of the Greek government’s tactic.

In the case of the 23 June 2016 referendum held in the UK, the calculation behind Conservative Prime Minister David Cameron’s decision to offer an EU membership referendum was multifaceted. First and foremost, the promise of an in/out EU plebiscite was directly aimed at attracting the votes of UK Independence Party (UKIP) supporters in the 2015 general election.

Second, Cameron tried to make the looming referendum a bargaining chip with the EU, and the spectre of Brexit a ‘credible threat’, to extract concessions from his European counterparts in his renegotiation of the terms of Britain’s EU membership. Third, holding the referendum and placing himself at the head of the ‘Remain’ campaign were also ways for the Prime Minister to attempt to maintain his party’s and cabinet’s unity. The tensions and discontent within the Conservative party were epitomised by the defection of two Tory MPs to UKIP in 2014 and their subsequent returns to Westminster in by-elections, as well as by backbench rebellions.

In  the wake of the 2015 ‘migrant crisis’,  the Council of the European Union approved a plan by qualified majority to gradually relocate 120,000 refugees from frontline member states Italy and Greece to other member states. The Hungarian government, led by right-wing Prime Minister Viktor Orbán, defiantly opposed the relocation plan and eventually succeeded in removing Hungary de facto from the scheme. Nevertheless, on 24 February 2016, Orbán called a referendum on the ‘compulsory resettlement of non-Hungarian citizens in Hungary’.

From the government’s standpoint, the obvious political gain, hypothetically, from a favourable outcome in the referendum – that was, a victory of the ‘No’ vote with a turnout exceeding 50 per cent of the electorate – would have been a strengthening of the ruling party’s position both domestically (vis-à-vis the radical right Jobbik party) and on the EU stage. On the other hand, the likelihood of a negative outcome was low, considering the relatively high level of anti-immigration sentiment in Hungary and the remarkable campaign efforts put in place by the government. The most likely worst-case scenario for the government was instead the possibility, which in fact did materialise, that the minimum 50 per cent turnout threshold would not be reached.

In February 2014, former Florence Mayor Matteo Renzi was appointed as Italy’s prime minister and formed a new government whose agenda hinged on structural reforms, including a new electoral law and new constitutional architecture. Nevertheless, the final text of the constitutional reform bill did not obtain the two-thirds majority necessary to avoid the possibility of a confirmatory referendum. A request to hold such a referendum in 2016 was filed not only by opposition MPs, but also majority MPs, confirming Renzi’s intention, expressed on multiple occasions, to submit the reform to a popular vote in any case.

Adopting an attitude reminiscent of de Gaulle’s plebiscitary understanding of referendums, Renzi repeatedly vowed that he would resign and abandon politics for good if the constitutional reform was rejected, effectively turning the referendum into a plebiscite on his administration as a whole. A victory for the ‘Yes’ vote would have consolidated Renzi’s leadership of the divided Democratic Party. It would have also represented a formidable political victory for the ruling coalition over the populist Five Star Movement, whose attacks against the ‘establishment’ embodied by the Renzi government typically rested on the claim that it lacked popular legitimacy. On the other hand, it was clear from the beginning that a negative outcome would have cost Renzi his premiership – a scenario which eventually materialised, after 59.1 per cent of participating voters rejected the government-sponsored constitutional reform on a 68.5 per cent turnout.

Different as these countries and their political systems are, the attempts by their executives to use referendums strategically indeed bear some similarities – the most striking of which is the ubiquitous involvement of anti-establishment parties and the role of populism as a discursive frame. In fact, the 2015 referendum in Greece was brought about by the leader of the anti-establishment ruling party. In Britain, Hungary and Italy, the ruling mainstream parties instead adjusted their positions to cater to voters supporting anti-establishment parties. Against the backdrop of increasing distrust in mainstream political parties and the recent trend toward populist decision-making in EU member states, the interplay between anti-establishment politics and resorting to referendums in consolidated democracies deserves more attention by scholars and policymakers.

This article is based on the author’s article in the Journal of Contemporary European Studies (JCER) Vol 13 No 4.

Shortlink for this article: http://bit.ly/2lBCHxE 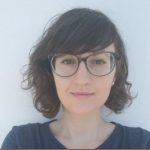 Cecilia Emma Sottilotta is Assistant Professor of International Relations and Global Politics at the American University of Rome (AUR). Her research interests span themes such as political risk, including security issues, state-MNEs relations, trade, regionalism and development, and the current and future dynamics of European fiscal and monetary integration.