On 9 September 2021, seven European citizens who marched in solidarity with migrants across the Franco-Italian Alpine border were acquitted of facilitating irregular migration. The decision is a victory for activists in France, reaffirming their right to act in solidarity with migrants based on the constitutional principle of fraternity. The trial took place on 27 May 2021 in Grenoble, France, an appeal of a conviction from a trial that took place in 2018 for events earlier that year. On 22 April 2018, about 200 activists marched in solidarity with migrants across the Alps, departing from Claviere in Italy and passing a French border police checkpoint to arrive in Briançon in France. During the solidarity march, police assumed that any black people in the demonstration were migrants without legal status in France, although no identity checks were carried out at that time. Upon the arrival of the solidarity march in Briançon, several activists were taken into police custody for facilitating irregular migration. Charges were brought against three of them, and several months later charges were brought against four additional activists. Participants described the event as a solidarity march to denounce the violence of those who opposed solidarity with migrants: Starting in April 2018, the now disbanded far-right movement Generation Identitaire conducted a series of actions against migration in Briançon. This culminated in a demonstration on 21 April 2018 when they physically blocked the border with a banner reading ‘No way. You will not make Europe home!’, wearing blue parkas that resemble those of the police, and even renting two helicopters to patrol. Three of their leaders who had initially been found guilty of impersonating a police operation were acquitted on appeal in 2020.

The activists were charged with “assisting foreigners in an irregular situation to enter the national territory” in an “organized group”. The case provoked an outcry among concerned citizens: a Support Committee for the Briançon 3+4 was founded, and a collective of 18 French human rights and migration NGOs launched a petition calling to drop the charges that gathered nearly 50,000 signatures. The first trial took place on 8 November 2018; the activists risked up to ten years in prison and 750,000 Euros in fines. The verdict came on 13 December 2018: the sentences ranged from 6 months of prison (suspended) to 12 months of prison, 4 months with no remission and 8 months suspended. This is the first time such a charge has resulted in firm prison time. The recent appeals court decision reverses this conviction, acquitting all the activists of the charge of facilitating irregular migration, though one activist has still been found guilty of resistance during arrest, with a four month suspended prison sentence.

At stake in this trial were two competing visions of Europe: on the one hand, the restrictive Europe being performed by governments, as opposed to the inclusive Europe being performed by activist citizens. Such solidarity with migrants is criminalized because mobility itself is criminalized. Within the European Union, migrants are struggling for recognition and rights, and there is a tension between exclusive state policies and citizens mobilizing in solidarity with migrants. While EU law is based on solidarity between member states, citizens themselves are showing what a Europe based on solidarity between people might look like.

Because European migration and asylum policies are not working effectively, for states or for migrants, reintroduction of border controls between Schengen states has become a strategy for states to control migration. Those directly suffering the consequences of internal border closures are migrants themselves, as well as those people aiding them. When internal border controls are reintroduced, they are not carried out systematically. Citizens and NGOs have documented how controls are disproportionately carried out against non-white border crossers, suspected of being migrants in an irregular legal situation. This the assumption made during the 2018 demonstration at the Franco-Italian border, even though identity controls were not carried out at the time. As a result, borders that some migrants were previously able to pass through on their journeys have become bottlenecks, with makeshift camps developing.

The reintroduction of border controls impacts practices of solidarity between citizens and migrants, particularly in the way that it enables laws to be used against citizens acting in solidarity. When migrants become blocked at borders that were previously open, this has an impact on volunteers and civil society groups that have assumed responsibility for ensuring the humanitarian response. The Franco-Italian border, closed since 2015, is illustrative of this. In Briançon tens of European citizens have been called in for police questioning and spent time in police custody, and at least 20 have had charges brough against them for “facilitation of the entry, circulation or irregular stay of a foreigner”. While the majority of those are French, there have also been charges brought against two Swiss citizens and one Italian citizen. These European citizens from other countries were able to exercise their right to free movement to come to this border to act in solidarity with asylum seekers. This reveals the contradictory practices of solidarity: citizens are acting in solidarity with each other and with migrants, but the state is neither in solidarity with these migrants nor with its citizens.

The situation at the Franco-Italian border illustrates how the European mobility regime produces not just a lack of solidarity between member states, but in this case also between the French state, its citizens, and migrants and asylum seekers trying to access the territory. At the same time, a different type of bottom-up solidarity is being performed by citizens who aid migrants, and who are obliged to do this because of the dire situation that has been created by the reintroduction of border controls. The European citizens and migrants who are acting together in this borderzone are performing a vision of Europe based on human solidarity. Even when certain French and EU laws are used against people to prevent mobility or solidarity, their solidarity actions dissent against these restrictions in order to making claims on the state and the EU for rights and inclusion. 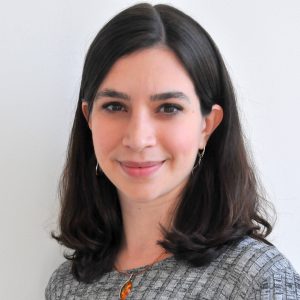 Janina Pescinski is a Leverhulme Trust Doctoral Scholar at Queen Mary, University of London in the School of Politics and International Relations and the School of Law. Her research takes an interdisciplinary approach to questions of migration, citizenship, and solidarity.

November 14th 2012: “European Day of Action and Solidarity” or “Day of Rage”? | French appeals court decision is a victory for solidarity with Migrants | Poland vs. The EU: The “Clash” over LGBTQ+ Rights | Making the Case for Secession | A reflection about useful tools for researching the Europeanisation of cross-border cooperating universities |