by Bruno Luciano and Cairo Junqueira

The European Union (EU) and the Southern Common Market (Mercosur) reached an ‘agreement in principle’ in June 2019 for an Interregional Association, after more than thirty years of negotiations. Although a political agreement was reached, the deal remains unratified, not translated, and still requires legal revision before parliamentary ratification and full implementation.

Even though EU and Mercosur official statements majorly emphasise the goal of establishing a bi-regional free trade area, the EU-Mercosur Agreement is very comprehensive and gathers a series of issues involving intellectual property, sanitary measures, rules of origin, government procurement, dispute settlements, safeguards, among others. This article aims to highlight some of the main short-term challenges to the implementation of this inter-regional agreement based on key issues of resistance found in both sides of the Atlantic.

Both regional blocs have different institutional structures that impact the decision-making process. In the case of the EU, trade liberalisation requires an agreement between three institutions: the European Commission, the European Council of Ministers, and the European Parliament. However, implementing trade agreements also depends on the endorsement of EU national parliaments, and subnational ones in some cases, such as for Belgium. On the Mercosur side, if the EU ratifies the agreement, it “[…] may enter into force for Mercosur members individually, to the extent that each of them completes their ratification process”, meaning ratification by individual national parliaments of Mercosur countries would suffice for the partial implementation of the association agreement.

Nevertheless, recent developments have shown that the inter-regional agreement has been met with domestic resistance and reservations from interest groups from the EU side. Firstly, the European public opinion is reticent about the Agreement’s results. In October 2019, just after the conclusion of the Agreement, a poll showed that the majority of Europeans questioned were against its implementation. Amongst the participants, 63% said “[…] that the EU-Mercosur trade deal should be stopped […]”.

In the same direction, European political parties such as the Greens have shown their discontentment with environmental issues involved in the signature of a trade deal with Mercosur countries. The Greens emphasise that the increase in imports of meat and agricultural products from South America to the EU will support the increase of greenhouse gas emissions, deforestation, soil contamination, and human rights abuse. Therefore, they attest that “Agreements must include binding and enforceable labour and environmental standards” and that the “EU-Mercosur agreement is not up to task”. Similarly, agricultural lobbies and European local farmers are worried about the potential negative economic effects these imports will have on the beef, poultry, rice and sugar sectors.

This position is not detached from the reactions observed among several national parliaments of EU Member States. For instance, the parliaments in Austria, the Netherlands, Ireland, and France have issued motions rejecting the signature and implementation of an agreement with Mercosur and have been followed by subnational legislatures, such as the Walloon Parliament in Belgium. These immediate reactions gained significance due to the fact that in addition to the European Parliament, national and certain subnational parliaments – as is the case in Belgium – are in practice veto players when it comes to the full implementation of association agreements.

Although less frequent, obstacles and skepticism regarding the implementation of the association agreement is also found in Mercosur countries. The political agreement reached in 2019 was considered a breakthrough for pro-trade liberalisation governments at that point. However, in the subsequent years, Argentina elected a left-wing administration, which has been more reluctant over the economic and social benefits of the agreement with the EU. In Brazil, social movements have coupled their criticism over President Bolsonaro’s environmental policies with their critiques of the trade liberalisation goals pursued by his economic team. Even though some resistance regarding the agreement is identified in Mercosur countries, so far and in contrast with their EU counterparts, national parliaments have not acted critically in regards to the impact of the interregional agreement.

The EU-Mercosur political agreement of June 2019 is only an initial step in a long and turbulent process towards the implementation of an ambitious and in some respects controversial association agreement. The fact that many social, environmental and economic sectors will be impacted by this trade deal imposes a significant challenge to the implementation of the agreement over the coming years. Besides, the deal is associated with a complex decision-making process which enables multiple supranational, national and some subnational actors to exert a veto-player role which is an additional challenge to the prior.

Does that mean that implementing the EU-Mercosur Association Agreement is an impossible mission? At this point, concerns with Amazon deforestation are certainly the main impediments for the ratification of the agreement in the EU. Therefore, only a change of course in Bolsonaro’s environmental policies or even a change in administration in Brazil resulting from the next presidential elections will enable a new and positive juncture for any political ratification. Nonetheless, an increase in environmental and human rights commitments from South Americans will not necessarily lead to a ‘mission accomplished’ as European agricultural sectors may still attempt to block a deal that would impact them significantly. This shows how complicated the full implementation of the world’s biggest free trade area in terms of population is. 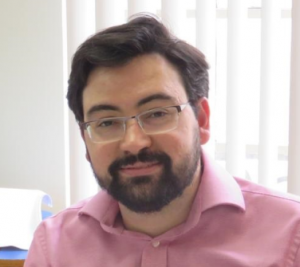 Bruno Luciano is a Postdoctoral Research Fellow at the San Tiago Dantas Graduate Program in International Relations (UNESP/UNICAMP/PUC-SP), Brazil. He holds a PhD in Political Science and International Studies from the University of Birmingham, UK. He has research interests in regionalism in Europe, South America and Africa, with particular focus on inter-regionalism, inter-parliamentary cooperation, and trade negotiations. 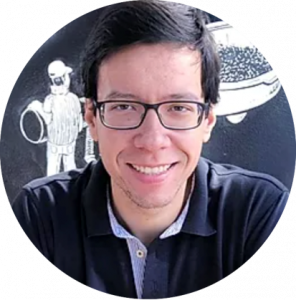