On 23rd September 2020, the EU published the ‘New Pact on Migration and Asylum’ that aims to be ‘[a] fresh start on migration in Europe’.  The Pact contains various commitments and timelines for action ranging from proposed reforms on existing asylum procedures rules to a proposed new Screening Regulation and a proposed Asylum and Migration Management Regulation. Since the Pact was published, its contents have received significant criticism from academics, practitioners, and NGOs alike. That criticism has focused on a range of matters, including human rights concerns, and scepticisms about the Pact’s potential to alleviate the burden of member states at the EU’s external borders who receive the most refugees and asylum seekers.

The focus of this blog, however, is on what might be described as a missed opportunity to meaningfully address the issue of human trafficking within the Pact. I highlight the near absence of an explicit focus on addressing trafficking within the catalogue of proposed instruments which make up the Pact and stress the possible negative impacts of proposed measures. Before turning to the Pact itself, I briefly recall how human trafficking is defined, and what obligations EU member states have in this regard.

International law defines human trafficking in the Protocol to Prevent, Suppress and Punish Trafficking in Persons, especially women and children. The definition, which is replicated almost word for word in the EU Trafficking Directive and the Council of Europe Convention on Action against Trafficking in Human Beings, comprises three elements: an act ‘recruitment, transportation, transfer, harbouring or receipt’; a means, ‘threat or use of force or other forms of coercion, of abduction, of fraud, of deception, of the abuse of power or of a position of vulnerability or of the giving or receiving of payments or benefits to achieve the consent of a person having control over another person; and a purpose, ‘exploitation’. The relevant international and European instruments oblige EU member states to not only criminalise conduct falling within the scope of the above definition, but also to prevent trafficking, and to provide protection to trafficked persons.

Given the obligations outlined above, the connections between human trafficking and migration, and the fact that addressing human trafficking falls within the EU’s competence, one might expect to see a focus on preventing and tackling trafficking within the various proposed instruments which make up the Pact. This is not the case. Take, for example, the proposed Screening Regulation. The entire draft regulation mentions trafficking only in relation to the involvement of national anti-trafficking Rapporteurs in cases where screening may indicate trafficking.  In the proposed Asylum and Migration Management Regulation, human trafficking is referred to only twice, both in relation to children’s needs. While these connections, along with references to the EU’s Trafficking Directive in the recitals, are certainly welcome, such limited explicit focus is arguably insufficient, given the realities of risk and vulnerability within the asylum context. Questions certainly remain. How, precisely, will action to prevent trafficking be implemented within migration and asylum processes?

Whatever the reason, notwithstanding the limited references mentioned above, the issue of trafficking has apparently not played any meaningful role in the development of the Pact’s normative standards on migration and asylum. Perhaps it might be asserted that a focus on human trafficking is not necessary, given that other international and EU instruments address this issue. Arguably, though, such an approach fails to capture the complex reality which exists in practice: one where action taken to address migration and asylum can have an impact on both the risk and prevalence of human trafficking.

For example, some of the proposed measures, if enacted, may actually work in practice to aggravate trafficking or even re-trafficking risk. Consider the proposed screening regulation which requires accelerated border procedures in cases where asylum seekers are deemed to have originated from ‘safe’ countries. The human rights concerns about these provisions have been documented elsewhere. Specifically related to trafficking concerns, the idea of accelerated border procedures for those deemed to have arrived from so-called ‘safe’ countries is problematic, since signs indictors of trafficking may be missed in the course of such a procedure. Moreover, if such individuals are refused asylum and assistance measures owed to trafficked persons when, in reality, they need protection, they will remain at risk of harm and exploitation. Surely obligations to prevent trafficking require a different approach.

The example outlined above presents just one area in which the opportunity to meaningfully consider anti-trafficking obligations appears to have been missed. At present, the proposed instruments within the Pact have not entered into force. However, given their stage in the legislative process, and the complexities of achieving consensus among Member States, it remains unlikely that any significant substantial change will occur meanwhile. Since the EU member states have obligations not only to prosecute but also to prevent trafficking and protect trafficked individuals, surely this requires at the very least, that legal rules on managing migration and asylum should not have the potential to increase trafficking risk or result in situations where trafficked persons remain unidentified.

Simply put, asylum law, policy, and practice cannot be ignored if efforts to tackle trafficking are to succeed. The challenge, going forward, is to ensure that anti-trafficking obligations are addressed in a more significant way within EU asylum law.

[1] This commentary is based upon content provided by the author for a webinar on the EU Pact for Network for Migration Matters. 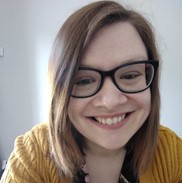 Gillian is a PhD candidate in the School of Law at Queen’s University, Belfast. She holds an LLB in International and European Law, and an LLM in Human Rights Law. Her PhD research investigates the role of international law in preventing and tackling human trafficking among refugees and asylum seekers.