After leaving dire conditions in their home country, asylum seekers are placed in a long and stressful application process. Their expectations for their new dream life quickly change as they are exposed to the harsh realities of seeking asylum. Informed by narrative interviews with highly educated Eritrean migrants, Samson Maekele Tsegay discusses the experiences of Eritrean asylum seekers in the UK with specific attention to the socio-economic and psychological consequences of the asylum application process. 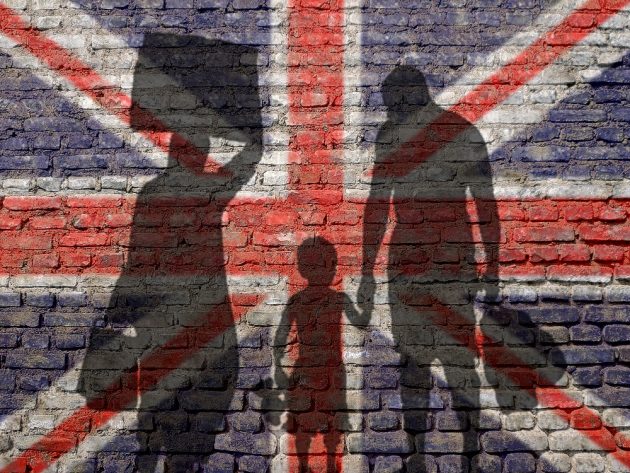 The UK is a host country for many asylum seekers, who constituted about 5% of immigrants in 2018. From 2001 to 2017, Britain accepted around 559,767 asylum applications. Most of these applicants are rejected for asylum, whereas the rest are granted asylum, after, in many cases, a long and complex application process. Although various studies have been conducted on migration, little attention has been given to the voices of refugees in their host countries. It is therefore critical to discuss the experiences of Eritrean asylum seekers during their ‘asylum application time’ in the UK because these have a long-term impact on well-being and socio-cultural integration into the host country.

In the past fifteen years, Eritreans were one of the major asylum-seeking nationalities in many European countries, including the UK. Most of them were fleeing conflict, economic hardship, and human rights abuses. They usually pay a high price physically, financially and psychologically to reach the UK in order to live a better life. Therefore, they are often happy to arrive after a long and dangerous journey.

Many perceive reaching the UK as the closing chapter to their suffering and the beginning of their ‘dream life’. However, most wait for more than six months for an asylum decision. Therefore, contrary to their hopes and expectations, they are exposed to uncertainty, powerlessness, exclusion and mental illness.

Most Eritrean refugees take no pleasure in seeking asylum. One of my interviewees, Marry (not her real name) said “seeking for asylum is humiliation by itself”. She argued that it is embarrassing to come to another country “uninvited”. However, for many, getting asylum is a means to a better life and for others a matter of life or death.  Hence, they have no choice but to focus on finding any valid reason to make their asylum case sound and fit with the Home Office eligibility criteria.

Moreover, there is intense anxiety from asylum seekers waiting on the decision of others about their life and future. Although asylum seekers are often taken to a safe place and provided with basic supplies for their daily life, these provisions are not enough to ease their fear and make them feel at home. Their fear usually continues until their application for asylum is accepted. Michael (not his real name) told me, “Becoming an asylum seeker makes you vulnerable because you do not know what will happen”.

Reflecting on his asylum application experience, Michael noted that a rejected asylum application can cause significant psychological distress. Although applicants can apply to appeal, there is no guarantee that the decision will be changed. Michael also wanted to convey the lack of control asylum seekers have over their lives. This feeling of uncertainty and powerlessness usually overshadows the hope that the Eritrean refugees carry throughout their journey to the UK. They often end up feeling that the extremely difficult journey was worthless.

Exclusion is another problem that affects the Eritrean asylum seekers. Many of them have family members or friends in the UK. However, the dispersion policy in the UK negatively affects their life as it removes any chance of them living with or near their family, friends or other members of the Eritrean community, which would provide them with social and psychological support. In addition, some asylum seekers are university graduates with considerable work experience. Nevertheless, they are not allowed to work or travel outside of the UK before receiving their asylum paper.

It is therefore not surprising that most applicants find the process of asylum application stressful. The long wait for a decision exposes them to loneliness, fear and uncertainty, causing anxiety, depression and, in some cases, even death. For these particular asylum seekers, the final decision is very likely to be to award refugee status and, therefore, indefinite leave to remain. However, the lengthy asylum processes influence their integration to the UK by negatively affecting their employment, socio-cultural interaction and overall health situation.

In conclusion, most refugees flee socio-economic and political instability, and travel through a risky journey to reach their destination countries. Hence, the asylum process is an important stage between the traumatic journey to their host countries and starting a new life. Therefore, studying the experiences of asylum seekers is significant to better understand their feelings, perceptions, aspirations and desires. Accordingly, they can be provided with the necessary support. Nevertheless, failing to listen to the voices of asylum seekers does nothing to welcome them, and can create an ‘integration paradox’ by causing self-isolation from the host society. 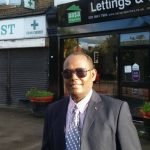 Samson Maekele Tsegay is a PhD scholar at the University of Roehampton investigating the socio-cultural integration of highly educated Eritrean migrants in the UK. He is the (co)author of more than ten articles in different peer reviewed journals. His research interests focus in globalisation, migration, and higher education.

November 14th 2012: “European Day of Action and Solidarity” or “Day of Rage”? | French appeals court decision is a victory for solidarity with Migrants | Poland vs. The EU: The “Clash” over LGBTQ+ Rights | Making the Case for Secession | A reflection about useful tools for researching the Europeanisation of cross-border cooperating universities |