In parliamentary democracies the cabinet makes policy decisions. When a cabinet is formed around a coalition of parties, the responsibility for decision-making is shared. However, coalition parties remain politically independent actors, resulting in competition and disagreements over policy issues. Whilst coalition partners may not always disagree, they often do: Saskia Smellie considers recent developments in German coalition politics and its effects on domestic policy-making and international politics.

The ramifications of coalition politics have become starkly apparent during the European Union (EU) migration crisis; not least in the case of Germany in June 2018. The German Minister of the Interior, Horst Seehofer, leader of Chancellor Angela Merkel’s junior coalition partner and conservative sister party in Bavaria, the Christian Social Union (CSU), sparked a crisis described as the ‘greatest challenge ever to Merkel’s authority’.

The dispute, which came ahead of elections in Bavaria later in the year, stemmed from a breakdown of emergency talks on refugee policy, related to Seehofer’s so-called ‘master plan for migration’. The 63-point proposal, which falls largely within the Interior Minister’s remit, included measures enabling asylum-seekers registered in other EU countries to be turned away at the Bavarian-Austrian border, without initiating the Dublin regulation.

Under the Dublin regulation asylum seekers claim asylum in the first country through which they enter the EU and can be sent back to that country to make a claim. Turning away asylum seekers at the German border without implementing the Dublin return procedure would effectively mean suspending the regulation and reinstating an internal EU border. With the CSU supporting Seehofer’s plans, the junior and arguably more ideologically driven coalition partner held the more moderate and senior conservative Christian Democratic Union (CDU) party to ransom. If Merkel were unable to reach a satisfactory deal with other EU member states to reduce immigration, Seehofer and the CSU threatened to act unilaterally and impose the border checks in Bavaria against the chancellor’s will. The crisis deepened still further when Austrian Chancellor Sebastian Kurz stated that he planned to reinstate Austrian borders if Seehofer went ahead with his proposals.

This is not the first time that disagreement between coalition partners on immigration policy has had far-reaching consequences in Germany. Refugee policy is cited as one of the reasons for the collapse of coalition negotiations after the German federal elections in September 2017, which left the country without a government until March 2018. When a new Grand coalition between CDU/CSU and the Social Democratic Party (SPD) was finally formed, the leader of the CSU secured the cabinet post of Interior Minister. Seehofer has been Merkel’s harshest critic since the summer of 2015, and the most vocal member of the government to come out in opposition of Merkel’s Willkommenskultur. In his new role as Interior Minister he has greater power to oppose, contest and constrain Merkel’s immigration policies.

It is striking that the crisis incited by Seehofer’s controversial migration ‘master plan’ threatened not only the German coalition government but also negotiations on the future of the Common European Asylum System (CEAS). European Commission President Jean-Claude Juncker hosted a mini-summit on migration in Brussels on 24th June 2018, ahead of a European Council summit, reportedly on Merkel’s request. The initiative provoked anger from the Italian government when the Commission sent out a draft EU accord, ahead of the summit, which included key measures Merkel required to placate Seehofer and the CSU.

The perception was that greater priority had been given to Germany’s domestic crisis than to member states experiencing a high influx of migration on the eastern and southern EU borders. Moreover, the Commission was seen as overstepping its remit in a policy area reserved to the European Council. The Visegrad Group (Hungary, Poland, Slovakia and the Czech Republic), which are united in their anti-immigration policy and opposition to the redistribution of refugees in the EU, chose not to attend the mini-summit at all. Nevertheless, Merkel appeared to secure a commitment from Macron that France would take back returned asylum seekers, in an agreement with Germany, suggesting a possible resolution to her domestic crisis through bilateral means. In the end, Seehofer was persuaded to soften the language in his plan and remove the point on turning back asylum seekers, in return for the coalition government agreeing to introduce tougher asylum policies.

This episode demonstrates the impact that coalition politics can have not only on domestic politics but also on international negotiations and relations. In the case of immigration policy, a junior coalition partner that holds the role of Interior Minister and demonstrated arguably more populist views on immigration ahead of a regional election, not only came close to collapsing the coalition government but also directly affected negotiations at an EU level. Within the context of the EU migration crisis and the increasingly salient and international nature of migration politics – with a growing focus on controlling borders, push and pull factors between neighbouring states, and outsourcing immigration controls to third countries – this example of domestic actors constraining international negotiations is one of many.

The ongoing consequences of Germany’s coalition disputes on immigration, for both the federal government and future negotiations on the Common European Asylum System remains to be seen. However, the incident does clearly demonstrate how a dispute between coalition partners in a cabinet can quickly escalate to have ramifications for international relations and negotiations on the international stage.

Shortlink for this article: http://bit.ly/2J3ThBu 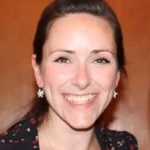 Saskia Smellie is a PhD researcher in Politics & International Relations at the University of Edinburgh. Her research interests include comparative immigration policy, EU asylum and refugee policy, ‘burden-sharing’ and foreign policy analysis. She is a co-author of the report ‘Scottish and UK Immigration Policy after Brexit: Evaluating Options for a Differentiated Approach’.