The personalities of the High Representative (of the Union for Foreign Affairs and Security within the European Union [EU]) have fascinated journalists and academics since the position was created. Michaela Korsch argues we should move pass the gossip and introduce rigour and method in our understanding of an individual who is pivotal in translating the preferences of twenty-eight member states into a consistent foreign policy. 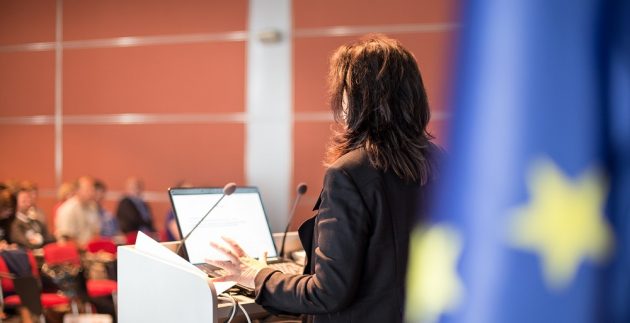 For the next High Representative, leading experts already dream of a job advertisement that sounds something like this: ‘Candidates that will be considered must be well-known, highly respected, and experienced politicians in foreign policy with agreeable strategic objectives in international politics. And most importantly make sure you have a ‘bright and shiny’ personality!’

When considering media coverage on the personalities of the High Representatives, it appears that having the best dirt raises your status: Federica Mogherini, currently the High Representative, was attributed a nerdy personality when Brussels started to think of her as a successor to Catherine Ashton (the first holder of the position from 2009-2014).

Well, if ‘nerdy’ is referring to Mogherini’s degree in political science and her knowledge of three languages, things could be worse.

In comparison to Catherine Ashton, the former Italian foreign minister got off lightly. At the beginning of her term Ashton was referred to as ‘Lady Who’, a not exactly flattering comment on her appearance. It became even worse when Rod Liddle attested Ashton had the ‘charisma of a caravan site on the Isle of Sheppey’. Wait, does a caravan site have a personality? Anyway.

Academic literature on EU foreign policy has noticed these expressions about the High Representatives, as those mentioned above. However, I suggest that what (possibly) works for a journalist, might not work as well for a political scientist.

So here is my claim: less chatter, more methodology!

Let us find the means to thoroughly investigate the personalities of the High Representatives instead of only quoting ‘gossip’; to understand a personality is more than a reflection of superficialities (speaking of ‘nerdy Federica’) or picking up chitchat from London (‘Lady Catherine Who’). It can shed light on how the EU as a foreign policy actor sees the world and subsequently acts.

Foreign Policy Analysis, a subfield of international relations, offers valuable insights for this. The operational code approach addresses the beliefs of foreign policy actors on their context of action as well as their preferred strategy to achieve goals. To investigate the leadership style of an actor the leadership trait analysis is a well-known tool within the field. Media coverage will of course still work to stress certain ideas.

Why (of all foreign policy actors out there) investigate the High Representative? Of course, the position’s influence is limited (compared to the national foreign minister of, e.g., Germany or France), but calling it ‘more an embarrassment for the EU than a support’ falls short of an explanation. It is time to take the personalities of the High Representatives seriously (credits for this ‘evergreen’ quote go to Andrew Moravcsik).

Both Ashton and Mogherini have shown they are able to enhance the EU’s foreign policy. In 2015, Mogherini negotiated (with international partners and based on Catherine Ashton’s groundwork) the Joint Comprehensive Plan of Action with Iran. Ashton stood out for reaching an agreement between Serbia and Kosovo in 2013 which normalized their relationship, just one of serval of her successes. A ‘charisma free zone’ certainly looks different.

Having said this, note that like other EU offices the choice for a High Representative is the result of a horse trade – just in case you are waiting for the next incumbent to be the glorified person identified by our leading experts. Twenty-eight member states take part in a system of unanimous voting while insisting on their preferences and facing different challenges in international relations. Of course, they also seek to protect their national sovereignty.

What the EU needs is a High Representative with a personality able to translate this ‘horse trading mentality’ into a more consistent EU foreign policy. Arguably this is the best solution for a Union still waiting to act on a global scale. I doubt that there is room for an ‘EU foreign minister’ being a leader like a national foreign minister can be. The key is to adjust the expectations of what the High Representative is expected to be and how.

So, it is time to ask what the ‘bright and shiny’ personality of the High Representative looks like in scientific terms – it is a safe bet that the answer would be more elaborate and rigorous than what we currently know and how it influences EU foreign policy. Perusing the literature on the EU’s foreign policy shows there is a glaring gap to be filled.

Shortlink for this article: http://bit.ly/2OsCL2V 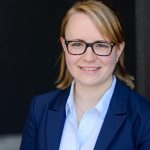