At a time when the EU is undergoing a number of crises, some seen as existential and provoking an upsurge in theorising on the disintegration of the EU, Luis Bouza and Alvaro Oleart offer intriguing reasons for suggesting there is room for more optimism. In a succinct summary of their larger article, recently published in JCER, Bouza and Oleart here outline their argument that we are witnessing the normalisation of the EU as a polity, such that we can speak of an “empowering’ rather than “constraining” dissensus.

Depiction of TTIP with US and EU flags © Sangoiri / Adobe Stock

EU affairs have been only rarely controversial in Spain. This is an expression of the ‘permissive consensus’ on EU affairs that has been characteristic of many European societies. The campaign for the ‘no’ ahead of the 2005 Spanish EU Constitutional Treaty referendum illustrates the weakness of such debates, since in this case it was only driven by a few alter-globalisation groups such as Ecologistas en Acción (EeA) or ATTAC. Most leading civil society organisations, such as the trade unions CCOO and UGT or ADICAE (a consumer organisation), actively supported the ‘yes’ vote, as well as the political party in Government (PSOE) and the leader of the Opposition (PP).

In stark contrast, the Transatlantic Trade and Investment Partnership (TTIP) negotiations saw the development of a transnational campaign that gained momentum in various countries in parallel, including in Spain.

The driving forces of the Spanish anti-TTIP campaign are largely the same actors as those active in the 2005 Spanish ‘no’ vote campaign referendum, but this time they reached far beyond their traditional allies. Gaining some salience among media, civil society, trade unions and political parties, in 2016 the manifesto of the Spanish anti-TTIP campaign was signed by 340 organisations, including political parties such as Podemos and institutionalised civil society organisations such as CCOO and Greenpeace. The headline of the manifesto resembled strongly the frames used in the ‘no’ vote campaign: ‘People, the environment and democracy before profits and the rights of corporations’.

It was precisely this conundrum, i.e. why TTIP became a controversial issue in Spain, considering the generally ‘permissive consensus’ stance of Spanish civil society, that drove our most recent research project, the results of which were recently published in JCER.

In that article, we argue that the change of positions of Spanish civil society actors in relation to the EU in the case of TTIP can be explained by a change in the field of European affairs in Spain, a highly suggestive notion considering the degree of continuity in the identity of the entrepreneurs of the anti-TTIP campaign in relation to past EU-critical mobilisations.

Whereas during the 2000s the field of EU affairs in Spain was characterised by the involvement of only a few professionalised organisations along with some alter-globalisation activists, the STOP TTIP mobilisation constituted a turning point. Two streams of civil society activists that do not often mobilise together, institutionalised actors (such as CCOO or anti-poverty networks) and protest actors (EeA or ATTAC), combined their efforts to contest TTIP in what constituted the largest EU-critical mobilisation to date in Spain.

Even more notably, organisations not usually involved in political protest, such as professional associations of judges and taxi drivers, joined the network. 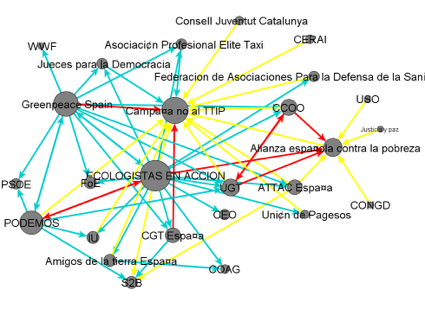 Through a combination of methods, using semi-structured interviews and network analysis, we show that the Spanish anti-TTIP campaign has engendered a new type of resource in the Spanish civil society field vis-à-vis EU affairs: the ability to mobilise citizens on EU issues at the national level. We have also published an article on this subject, about how different actors have so far used the European Citizens’ Initiative.

Figure 1 represents the network of actors involved in the Spanish anti-TTIP campaign. This figure is a one-mode network (all members are actors except the central node, which represents the Spanish anti-TTIP campaign) representing the national campaign against TTIP. It includes organisations that have no European connections and were not involved in previous EU debates, such as associations of taxi drivers or public health workers.

The different colours represent different types of relationships: the turquoise links imply contacts in the context of the campaign in the form of engagement in debates and other informal exchanges. The yellow links imply formal membership in a coalition, whereas the red imply strategic collective action such as shared resources, coordinated action or leadership in the organisation of a coalition.

Our empirical analysis confirms that a small group of cause entrepreneurs (essentially led by EeA) managed to bring along powerful actors towards their EU-critical anti-TTIP campaign. Such a significant change can largely be explained by the increasing politicisation of Spanish civil society vis-à-vis the EU, induced initially by the 2011 Indignados movement.

Later, the politicisation of the EU was expanded by the anti-TTIP coalition, led by EU-critical cause entrepreneurs (ATTAC Spain and EeA), that amplified the movement’s frames of protest towards the EU. Spanish civil society actors increasingly see and treat the EU as a normal polity rather than as a benevolent entity. As a result, it is possible to challenge its policies without being labelled as ‘Eurosceptic’.

There is a body of literature that argues that the politicisation of EU issues will lead from a ‘permissive consensus’ to a national ‘constraining dissensus’ in terms of an increased political cost of EU decision making.

Instead, we argue that the introduction of EU-critical ideas can lead to an ‘empowering dissensus’. Dissensus is in our view empowering actors at the national level to influence EU policies, because the ability to mobilise citizens on EU issues – a rare resource for most Brussels-based organisations – acquires a renewed importance. The politicisation of EU policies at the national level would then be a symptom of the normalisation of the EU as a playing field. Rather than ‘constraining’ EU decision-making by the lack of consensus, dissensus can enlarge the field beyond the national political arena and ‘empower’ European issues to be considered matters worth discussing at the national level.

This introduction of political conflict over EU issues at the national level normalises the EU as a polity, and is therefore good news for European democracy.

This article is based on the authors’ article in the Journal of Contemporary European Studies (JCER) Vol 14 No 2.

Shortlink for this article: http://bit.ly/2Nxv9b8 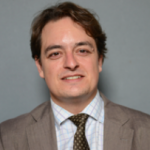 Luis Bouza is an assistant professor in Political Science at the Universidad Autónoma de Madrid. His main field of interest is the emergence of European debates in the public sphere. He is the author of ‘Participatory Democracy Civil Society in the EU: Agenda-Setting and Institutionalisation’ (Palgrave Macmillan). 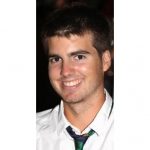 Alvaro Oleart is a PhD researcher in political communication at the Institute for European Studies of the Université Libre de Bruxelles (IEE-ULB). His main field of interest is the European public sphere and the role of civil society in the EU policy-making.